Just 100 Days To Take America From Democracy To Socialism!

***********************
While the Mainstream Media fawned for several days over the wonders the Messiah Obama has wrought in his first 100 days in office as the USA’s First Socialist President, we have been near to nausea! There is nothing like a leftist/ socialist President to bring out the sycophant lapdogs of The Left and have them howling in unison. And that is, I think, a good description of the MSM’s reporting on the miracles of Obama, “The One”, the past few days on all the media they control, which is darn near all the media.

The MSM reminds us so much of a child who thinks he, or she, is so much smarter than his parents… until he grows up. And they find, as a famous writer once said: “The older I get the smarter my Dad gets”! Eventually those in America’s media will grow up, but, upon adulthood they will be replaced with another group of young leftists right out of the cookie-cutter leftist journalism schools at our leftist universities and leftist colleges in America. That’s the way it works, dear reader. There is NEVER a shortage of leftist journalists because the left has factories where they are made!

The Messiah image of Obama continues to be polished and held up into the light so that it sparkles and blinds the beholders so they do not see what is behind that eye-scorching dazzle.

But, there will come a time in the not too distant future when the truth of the empty suit that is “The Obamissiah” will become evident

It is the young, the inexperienced, the ignorant, and the leftist/socialists among the American electorate who support this man. And that is frightening. Why? Because they are present in such vast numbers. To know that your country is ruled by such lightweights is a scary thing. Add to that the evidence of Obama’s efforts to move the US farther to the left, and deeper into socialism and secularism and you have a formula for disaster for this formerly great country.

Redistribution of the nation’s wealth, universal healthcare, embracing the global warming hoax, plans for nuclear disarmament, nationalization of America’s financial system and auto industry, and the list goes on. What else do you need before you will accept that Obama has taken America, in 100 days, from a democratic nation to a socialist nation? There it is.

Of course, we haven’t mentioned Obama’s request to have the “IHS” on the stage at Georgetown University’s Gaston Hall covered before he would speak there on April 14th. That, alone, should tell you all you ever need to know about the man. (For those few of you not versed in the Christian faith… “IHS” is a symbol for the name of “Christ.”) You can read the story on this and what Representative John Fleming, Republican of Louisiana had to say on the floor of the US House of Representatives at CNSNews.com HERE.

In the article, at CNSNews.com, Representative Fleming is quoted as saying: “I have a concern about the very sharp turn to socialism that’s happening in our government.” Fleming is further quoted as having said: “Where you see socialism, you see a decline in Christianity and religion in general.” The Congressman is on the money with those remarks.

America has problems today, dear reader, that makes our financial problems pale in comparison. America is on the extreme verge of losing her soul! What, you may ask, is the causation of this dilemma? LUST, POWER, and GREED. Put another way: The lust for power, and the greediness of the political left to lay claim to all of it!

Joe Stalin once said: "America, is like a healthy body and its resistance is threefold: its patriotism, its morality, and its spiritual life. If we can undermine these three areas, America will collapse from within." Soviet dictator Krushchev once said: "We can't expect the American people to jump from capitalism to communism (socialism), but we can assist their elected leaders in giving them small doses (Incrementalism) of socialism, until they awaken one day to find that they have communism".

When you “look up” socilaism in your dictionary you will see that socialism is defined as the last stage before full blown communism. THAT’S how close we are today. 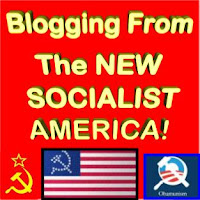 Sadly, at least half of this nation doesn't care, apathy abounds and America is in a death spiral...

God Bless Texas, I sincerely hope our officials can scrape up the whereto to bring the Texas Republic back to life...

Actually I think he saved this country and took it from worst to first as a world leader in 100 days. Bush turned this country into something that wasn't worth having on the planet, now I am proud to be an American. Best country with a great leader. Bush was too far to the right, this guy is a centrist and just what we need. I was praying for a leftist like myself, but hey, nobody's perfect. If he looses in 2012 my flag will be upside down of taken down and torched. After the sad display of the UnAmerican right, they just showed me and the rest of the nation their true colors.