Benghazi: Where are Gen. Ham and Adm. Gaouette? ... JB Williams


Benghazi: Where are Gen. Ham and Adm. Gaouette? 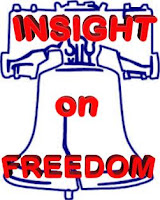 Who knows the whole truth about why Navy SEALs Tyrone Woods and Glen Doherty along with State Department officials Chris Stevens and Sean Smith died in Benghazi 11 September 2012?

General Carter Ham and Admiral Charles M. Gaouette know the answer to this question. Where are Ham and Gaouette today? Why hasn’t Issa’s investigative committee called these decorated Military officers to testify before the committee investigating Benghazi?

We know from the unclassified cables between Benghazi and DC and the subsequent Executive Brief, that cables were firing in all directions in the hours before and during the Benghazi attack that ended in the brutal death of four Americans.

General Ham was head of AFRICOM and Commander of the 2011 US-NATO operation to depose Gadhafi in Libya. Rear Admiral Charles M. Gaouette was in command of the Carrier Strike Group Three (CSG-3), then deployed in Middle Eastern waters during the attack on Benghazi.

Both Ham and Gaouette reported receiving the same desperate cables for additional security and backup that Obama administration officials received and ignored from Benghazi. They did not ignore those desperate calls for help ringing out from the Benghazi installation on 11 September 2012.

No, both Ham and Gaouette attempted to launch ready response teams in the region capable of provided the much needed assistance during the seven hour long assault on Benghazi. Both were then relieved of command for their actions, described by the US Military as “allegations of inappropriate leadership judgment.”

General Ham immediately had a rapid response unit ready and communicated to the Pentagon that he had a unit ready to deploy to Benghazi. Then, General Ham received the order to stand down. His response was “screw it,” - he was going to help anyway.
Within minutes after issuing an order to deploy his ready response team, Ham’s second in command apprehended the General and told him that he was now relieved of his command. Ham knows who issued the order to STAND DOWN as well as the order to relieve him of his command at AFRICOM.

Adm. Gaouette had also received the startling requests for support as the attack unfolded in Benghazi. Like Ham, he readied a response from Carrier Strike Group Three (CSG-3). Gaouette was also ordered to STAND DOWN and like Ham, he decided to refuse those orders. Gaouette readied vital intelligence and communications operations for an extraction effort to be launched by Ham.

Stars and Stripes reported October 18, 2012 that General Ham is being replaced by Gen. David Rodriguez. They also reported on October 27, 2012 that Adm. Gaouette is being replaced by Rear Adm. Troy M. Shoemaker. The Navy stated that it was “replacing the admiral in command of an aircraft carrier strike group in the Middle East, pending the outcome of an internal investigation into undisclosed allegations of inappropriate judgment.”

What were the “inappropriate judgments” of these two decorated Military leaders? Rear Adm. John Kirby, the Navy's chief spokesman, declined to discuss the investigation.
What we know is that these two highly unusual acts to remove two highly decorated commanders is related to the 11 September 2012 strike on Benghazi. We also know that the congressional investigation has not yet called these valiant men in to give testimony.
We know that months’ worth of warnings and requests for additional security at Benghazi we ignored and denied by the Clinton run State Department and that someone gave the DoD order to STAND DOWN when American troops were in the region and ready to assist.

We know that the Obama administration manufactured a lie about some obscure anti-Islam youtube clip that had nothing whatsoever to do with the events of 11 September 2012 Benghazi. We know that the Obama administration is holding that filmmaker in prison today. We know that Benghazi survivors have been threatened and silenced.
But most of all, we know that Gen. Ham and Adm. Gaouette can provide very real answers to a laundry list of very important questions regarding the Benghazi attacks and Issa’s alleged investigation.

On 23 April 2013, Five House Committees investigating Benghazi issued a joint Interim Progress Report. In it, all five committees fail to ask the right questions and all five demonstrate a clear intent to keep the truth about Benghazi under wraps, though the report does confirm almost everything stated herein.

The attack in Benghazi of 11 September, 2012 is now almost eight months old and yet, the truth about that attack is still a distant fog sheltered by government officials engaged in blatant obstruction of justice, made possible by the help of a totally incompetent or complicit press.

If you want to know what really happened in Benghazi, demand that Issa’s congressional committee subpoena both Gen. Ham and Adm. Gaouette to testify before the House Committee on Oversight & Government Reform.

And then, recall Hillary Clinton and Leon Panetta once Ham and Gaouette have testified.
Someone is responsible for the murder of Americans in Benghazi and the lies that followed. That someone, in fact, all who are involved in the Benghazi murder and the cover up, must be held fully accountable.


JB Williams is a writer on matters of history and American politics with more than 3000 pieces published over a twenty-year span. He has a decidedly conservative reverence for the Charters of Freedom, the men and women who have paid the price of freedom and liberty for all, and action oriented real-time solutions for modern challenges. He is a Christian, a husband, a father, a researcher, writer and a business owner. He is co-founder of action organizations The United States Patriots Union, a civilian parent organization for The Veteran Defenders of America. He is also co-founder of The North American Law Center, a citizen run investigative legal research and activism organization preparing to take on American's greatest legal battles. Williams receives mail at: jb.uspu@gmail.com