IRS To Administer Obamacare
Be Afraid.  Be VERY Afraid! 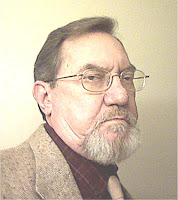 From ABC News we learn the following:  "The Internal Revenue Service official in charge of the tax-exempt organizations at the time when the unit targeted tea party groups now runs the IRS office responsible for the health care legislation.

Sarah Hall Ingram served as commissioner of the office responsible for tax-exempt organizations between 2009 and 2012. But Ingram has since left that part of the IRS and is now the director of the IRS’ Affordable Care Act office, the IRS confirmed to ABC News today."  SOURCE:  http://abcnews.go.com/blogs/politics/2013/05/irs-official-in-charge-during-tea-party-targeting-now-runs-health-care-office/

That bit of news ought to scare you to death!

I find it incomprehensible that anyone, I mean ANYONE, is surprised by the antics at the IRS.

Conservative commentators, conservative groups, conservative political groups have been complaining for years that the IRS was really leaning on them.  Now there is irrefutable proof.  Heck, the IRS even admitted it!

Now we have the added horror of knowing that this same government agency will be administering our healthcare.

THIS is a NIGHTMARE!

I sincerely hope that all the folks who have joked and made fun of those of us on the right side of the political spectrum as a result of our distrust of big government will finally see exactly what we are afraid of from a strong central government.

All last week, I  asked myself this question:  If the government is willing to admit THIS overreach, just how deep IS their overreach and what will we find if we continue to dig especially into the depths of the agencies under the direct control of the executive branch of the government. I shudder just thinking about it.

In the same article from ABC News we also learned:  "Sen. John Cornyn even introduced a bill, the “Keep the IRS Off Your Health Care Act of 2013,” which would prohibit the Secretary of the Treasury, or any delegate, including the IRS, from enforcing the Affordable Care Act.

“Now more than ever, we need to prevent the IRS from having any role in Americans’ health care,” Cornyn, R-Texas, stated. “I do not support Obamacare, and after the events of last week, I cannot support giving the IRS any more responsibility or taxpayer dollars to implement a broken law.” 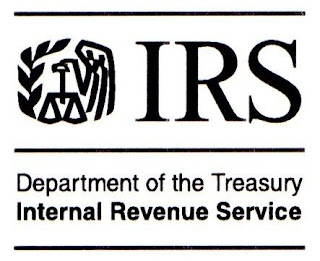 Look. We can thank God that the AP scandal became public at the same time as the IRS scandal.  Had it not, I feel certain we would not have the participation of the leftist Mainstream Media in coverage of the IRS mess.  They are heart broken and outraged to learn that their messiah, Obama, could do such a thing to them -- especially them -- as they have worked so diligently to whitewash the Obama administration. Their lapdog-like adoration of Obama either blinded them to his feet of clay, or they have deliberately chosen to drop their facade of unbiased reporting of the news and throw their considerable resources toward advancing Obama's Leftist/Progressive/Marxist agenda for America.

The past four and a half years American consumers of news have been subjected to a gusher of leftist propaganda unlike anything the country has ever known.

Now, however,  the low-blow by Obama may, and I say that reservedly, MAY have knocked some sense into them.  But it will take some time for the MsM to regain the confidence of their consumers ... if ever they do.

The investigations in Congress will continue and will intensify.  This is only the beginning.  Whether the end result will be the deconstruction of the Obama presidency, or not, remains to be seen.  But investigations of this type have a way of snowballing touching off other investigations by other congressional committees until someone -- somewhere -- breaks and spills the beans.

We have warned of the overreach of Obamacare.  Many of you are not going to believe just how deep into your personal affairs the government is going to delve under cover of that monstrous law we call Obamacare.

Hopefully, the hearings on the IRS will bring Americans to their senses enough to bring pressure to bear on the Congress to repeal that godawful law. 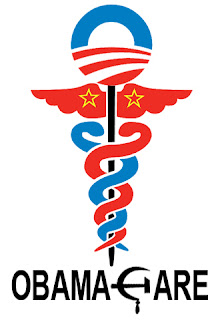 This is why the election of 2014 is so important.  To repeal Obamacare we will need a Senate AND a House of Representatives to even have a CHANCE of repealing Obamacare.  And then, to seal the deal, we must win the Oval Office.

So -- please pay attention to these hearings and learn just what the Obama administration thinks of the American electorate.

This is important, dear reader.  America is on the cusp of a constitutional crisis.  It could be the crisis that brings America down.

It is imperative that Americans reclaim their country -- before it is too late.