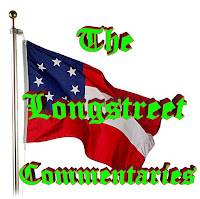 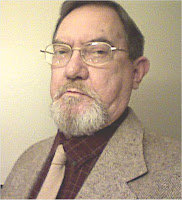 The Confederate Soldier has been slandered and libeled for 150 years.  Those who would drag his name through the muck and mire are still at it… full throttle.

Organizations who claim roots to slavery in this country (whether their ancestors arrived before, or after, 1865, it doesn’t seem to matter) deride the SCV and that beautiful old battlefield emblem the Confederate Battle Flag.

It would seem that the truth doesn’t matter. Their hatred for all things Confederate even includes some of their own ancestors, as it is a fact that African-Americans served in the armed forces of the Confederacy.  We know this.  We can prove this.  But try to convince the campus elite who gain favor with minorities for lambasting all things Southern.  The fact that blacks served in the Confederate armed forces can be documented… means nothing.  They have made up their minds and we have been unable to dent their armor of ignorance.

There is hardly a day that goes by that we don’t hear of, or read of, an incident involving a Confederate symbol of some kind, which has offended somebody.   Our limp wristed, jello-spined, politicians come down on the side of the complainant rather than on the side of truth.  That leaves the southerner, the direct ancestors of the brave men of the Confederacy, to slowly twist in the wind, as we become targets for the real bigots and the real racists in America today.

When I was a boy there was a popular song with these lyrics:  “Save your Confederate money boys, the South’s gonna rise, again!”  Well, the South HAS risen again.  Today the South is arguably the most prosperous part of the country.  Very much as it was in the 1850’s the South has come under fire again, as a result of envy.  Other Americans are jealous of our prosperity, even of our mild climate, of our tenacious hold on our history and our honor.

We have thousands of visitors to this fair part of the USA from “other” parts of the country.  Unfortunately, they do not return the courtesy, nor the hospitality, offered them, here, by the native Southerners.

Look, down here, if you go… to visit another man… in his house… you don’t criticize the furnishings of that home.  You don’t complain when he says grace over his food and invokes the blessings of God on his family and the guests in his home.  You don’t complain about the way he does things, or doesn’t do things.  We Southerners understand that a person’s home is his, well, his HOME.  We keep any complaints we have to ourselves.

Unfortunately, the influx of “others” into our fair homeland has brought clash after clash as the visitors complain about nearly everything Southern.  The question immediately comes to mind; if they are so dissatisfied with the way we do things here… why did they come down here to begin with?

The thing that really burns me up is that a good number of Southerners who have been indoctrinated in our schools and universities will agree with them.  These mis-led Southerners don’t know their history.  They don’t know who they are.   They have no appreciation for the trials and tribulations the South has met, head on, and triumphed over.

All they know about the so-called “Civil War” is that the North was good and the South was bad because the South had slaves.  Nobody bothered to tell them, during that expensive education their Southern parents paid for, that Slavery was LEGAL… that the North had slaves, too.  Nobody bothered to tell them that the north controlled the slave industry out of the New England states with their fleets of slave ships and their hundreds of rum distilleries which produced the rum with which they purchased the slaves from other Africans, and Arabs, in Africa.  They don’t know how the South was bled nearly dry, by the Federal government, to keep the US afloat economically.

The story is told that when a politician asked Lincoln why he didn’t just let the South go, he replied:  “but who would pay for the government!”

As the years go by and we become more distant from the great War for Southern Independence, as the intellectuals on our college campuses re-write history to suit themselves, and as the Politically Correct crowd continues to push their agenda to trivialize all things Southern, we are losing sight of our Southern heroes. Their historic deeds are being buried. Our Southern icons, such as the Confederate Battle Flag, are being hidden from public sight. The old song Dixie can no longer be sung in public.

Things have surely changed. I can remember that as a lad in High school, on Friday nights, when the community gathered at the local High School for the weekly football game, the crowd would stand as the Star Spangled Banner was played by the school band   and the crowd would remain standing as the wonderful song “Dixie” was followed hot on the heels of the first national anthem.  Then a great round of applause would roll through the stadium and the game would begin.

Many Southern schools, today, forbid the wearing of any piece of clothing with a Confederate icon -- of any kind -- on it.

Just a few hundred yards from one such Southern high school is a mass grave of American Revolutionary soldiers massacred by the British Cavalry Commander Banastre Tarleton as they dared to fight the British Crown for our right to free speech.  It is a right those men, who were the grandfathers of the Confederate soldiers, were willing to die for.  It is  a right denied us, as ancestors of the Confederate soldier, today -- AND -- a right those kids, (just down the road from that huge mound which holds the remains of the men who were willing to fight and die for that freedom) are not allowed in order to express their pride in their heritage.

Please remember THAT when you open your news papers and see that another southern child has been sent home from school for wearing a piece of apparel with a Confederate flag on it.  Remember THAT when your see the Confederate Battle Flag removed from State House domes. Remember it when you see Confederate Battle Flags flying over the graves of Confederate Veterans ordered taken down.  I beg you… do not turn away when these things happen. Let your voice be heard.  It is our Southern Heroes whose honor is being denigrated.  It is our family they are calling traitors.  It is our great grandfather, or great, great grandfather, they slander in this way.

On behalf of all those men lying in forgotten graves, in small family cemeteries, all over the Southland and those buried in the finest cemeteries in the South, I thank the SCV for not forgetting.  I thank the SCV for not allowing our heritage to be taken away from us.  I thank the SCV for demonstrating, to the world, that the Southern spirit still lives in our hearts.  For we will not bend, and we will not bow, but we will hold our heads high as proud Sons of the South, as Sons of Confederate Veterans, as proud descendents of those men who wore the gray.    Remember them always, for they are our family. 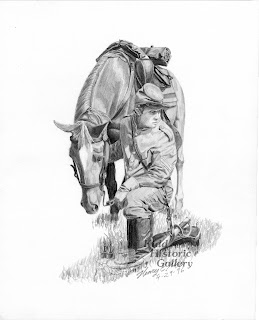 The unknown poet has said:

“The Gray Riders are gone, yet they remain
asleep in our soil, and alive in our veins!
Untouched by the fire, untouched by the frost,
they whisper within us…. OUR CAUSE IS NOT LOST!”