Today is Confederate Memorial Day in the Carolinas
A Commentary by J. D. Longstreet 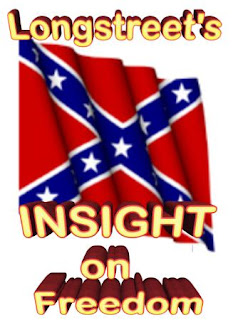 Today, May 10th, in North Carolina and South Carolina, is Confederate Memorial Day.

I am reminded of the local “Sons of Confederate Veterans” Confederate Memorial Day celebration, which I attend every year.  When last I spoke to the gathering I spoke of the  Confederate Soldier, or as I sometimes refer to them, the “Southern Knights.”

When one studies the Confederate soldier, one quickly comes to understand that there has never been, before or after the American “War Between the States”, a warrior quite like the “Southern Knights”. As a combat soldier, he was more akin to the various “special forces” of numerous militaries around the world than he was to the “regular” soldiers we are acquainted with today.  He was a killing machine… with good manners.

It is impossible to overlook the fact that 800,000 badly equipped, badly clothed, badly fed, but wonderfully led Confederate soldiers managed to hold at bay 2-1/2 million federal troops of the US military for four of the longest, bloodiest, years in American history. They were masterful at the art of war.

It is absolutely shameful that political correctness has driven its talons so deeply into American consciousness that to speak of the Confederate soldier in anyway other than as a defender of slavery is totally unacceptable.  Modern day ancestors of the Confederate soldier are taught that their great, great, great, great grandfathers were traitors!  There is no other way to address that accusation but to say it is a bald-faced lie. 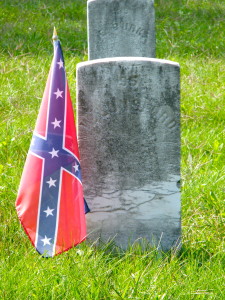 An article I recently read persistently nags at me.  It is an article by Paul Gottfried entitled:  “On Loving To Hate The South.”

Referring to my compatriots in the “Sons of Confederate Veterans” Mr. Gottfried said: “You may take pride in those whom you honor as your linear ancestors but equally in the anger of those who would begrudge you the right to honor them. What your critics find inexcusable is that you are celebrating your people’s past, which was a profoundly conservative one based on family and community, and those who created and defended it. For your conspicuous indiscretions, I salute you; and I trust that generations to come will take note of your willingness to defy the spirit of what is both a cowardly and tyrannical age.”  Mr. Gottfried nailed it! You can read Mr. Gottfried’s entire article at:  http://takimag.com/article/on_loving_to_hate_the_south/print#axzz2SnoHOm6E

Mr. Gottfried had said earlier in his article that we “Southern traditionalists are still celebrating a pre-bourgeois, agrarian, and communally structured world. It appealed to hierarchy, place, and family; and its members displayed no special interest in reaching out to alien cultures. Such ideals and attitudes and the landed, manorial society out of which they came, point back to a nineteenth century conservative configuration.”

It is here we find the root cause of the virulent hatred for the ensign of the Southern soldier, the Confederate Battle Flag, and for the hatred of the people of the Southern region of the United States.  It is our conservatism.  It is our unyielding determination to hold on to the conservative values of our Southern ancestors. 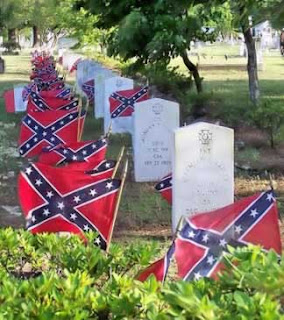 Every year, as I attend Confederate Memorial Day events, I watch my fellow Southerners stand in silent reverence as the troops bearing the US flag pass and I watch as we all stand and recited the Pledge of Allegiance to the US flag, and then the NC state flag, and then to the Confederate flag. I see no contradiction.  These are gatherings of conservative people who love and honor their country, the USA, just as their Southern Ancestors loved and honored THEIR  country, the Confederate States of America.   We were remembering THEM and honoring THEM and the commonality of that conservative philosophy which is STILL alive and well in their off-spring today.

Many of us in the South today worry that we see many of the same causes of the conflict of the 1860’s reflected in the political conflicts between liberal and conservative Americans today.  Having yet not fully recovered from the so-called “Reconstruction” of the South after that bitter war, we are concerned that, as remote as it may seem, to those not versed in the history of this country, we may be headed for another conflict in which Americans will square-off with fellow Americans.

These are dangerous times for America.  Standing in silence and watching those two red, white, and blue flags that once flew over the two nations that briefly occupied this land is always a sobering moment. To realize that only the people living below those flags can prevent a repetition of history is equally as sobering.  It is a jolting moment for this scribe when I think that it could happen all over again! 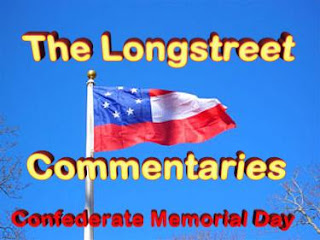 Never has America been as divided since the War Between the States. We are, today, two countries living beneath a single flag, as a gentleman from South Carolina reminded me a few years ago. As he spoke his eyes were downcast gazing at the sacred soil of that old cemetery and his head was slowly shaking from side to side as if to say “NO” to the unthinkable.   But I could not escape the thought that it obviously wasn’t unthinkable as we stood just six feet, or so, above the earthly remains of a Confederate soldier screaming in silence a warning that history says will go unheeded.