Another Massacre in Another Gun-Free Zone ... JB Williams

Another Massacre in Another Gun-Free Zone
By JB Williams
Jb.uspu@gmail.com

Who ever thought that our military bases would be vulnerable to the sort of mass assault that took place at the Naval Shipyard in D.C. or at Ft. Hood in November of 2009? Who thought that our military installations would be gun-free zones, allowing a lone gunman like Nidal Malik Hasan or Aaron Alexis to murder a dozen innocent people before being taken down by local law enforcement?
Has anyone noticed the steady rise in these types of events just since Barack Obama took office?
·         April 3, 2009 - 13 killed, 4 injured: Binghamton, N.Y. 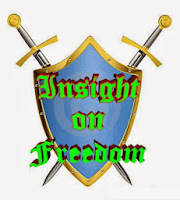 In addition to five successful terror strikes on U.S. soil on Obama’s watch, an unprecedented thirteen separate cases of mass murder have taken place on U.S. soil since Barack Obama was sworn into office on January 20, 2009. 127 killed and 124 injured, all of them innocent Americans randomly targeted for death and all of them targeted in “gun-free” zones.
Three occurred on “gun-free” school campuses. Four occurred on public grounds in largely “gun-free” zones, in states or cities with our nation’s strictest gun laws. Three occurred in the work place, also “gun-free” zones, and two occurred in “gun-free” zones on Military bases. One occurred at a “gun-free” place of worship.
None of the shooters were “right-wing extremists” or Tea Party types. One has been labeled a White Supremacist. Three had military experience. Three were left-wing latchkey kids. Two were disgruntled ex-employees. Three were immigrants and one is being labeled a black Buddhist.
Most of these shooters had previous run-ins with the law. Several were being medicated for types of depression. All of them had signals in their past that had been ignored by those around them.
According to early reports, the Naval Shipyard shooter Aaron Alexis had been arrested twice before on gun related charges – was released from military service due to numerous acts of insubordination – and had been diagnosed and treated for PTSD related to 9.11.01
According to his friends, Alexis was “unhappy with America…” specifically, the federal government and Veteran Affairs, whom he believed had mistreated him for years. Still, he had Secret Security clearance and authorized access to the D.C. Naval Shipyard where he allegedly gunned down twelve co-workers.
There seems to be a clear pattern here…
1.      Events are on the rise under Obama
2.      They are all angry with government for one reason or another
3.      Mass murder gunmen come in different shapes, sizes, colors and nationalities
4.      They are misfits and malcontents of one sort or another
5.      Most played violent video games before acting out
6.      They target random people in their rage
7.      They ALWAYS target defenseless people in “gun-free zones”

Natural assumptions on the basis of this pattern…

The moral to this story should be quite clear… Don’t be caught dead in a “gun-free-zone” where only the criminals are armed.
Why is this happening with increasing regularity?
Because the only private sector Obama has stimulated is gun and ammo sales. Because Obama has the worst economic, foreign policy, race relations, national security and public unity record in American history and other than guns sales and great frustration, Obama has stimulated nothing but widespread anger, here and abroad.
Social media allows news to travel a light speed. Be the news good or bad, it travels fast these days and it is available to everyone, be their intentions good or evil. I’m not suggesting that every person should be armed, but rather that decent honest and responsible citizens should never be denied their right to bear arms in self-defense.
Let the people blog, tweet and post this… ONLY THE CRIMINALS ARE ARMED IN GUN-FREE ZONES! Thugs seldom target people able to defend themselves. Make the truth go viral…
JB Williams, Co-Founder
www.PatriotsUnion.org
www.VeteranDefenders.org
www.NorthAmericanLawCenter.org
Posted by Longstreet at 9/21/2013 01:11:00 AM

I agree with most everything but the violent video games. For me, this is no different than blaming movies with violence, or songs with suicide lyrics. Millions of people play or watch or listen to forms of entertainment, and do NOT act out. If anything, it is a release of anger. I find video games fun and engaging, and even though they may be graphic sometimes, I know there is no connection to reality. In life, there are no health packs to revive me after being shot and other such stupid stuff. Can you blame Need for Speed games on increased traffic infractions. Of Assassin's Creed on increased bow and arrow shootings. It would be like blaming Wii Fit for increased membership in gyms and people excessively working out a lot.

Yes, maybe these people did engage in these things, but so does a lot of others. By blaming games, you are blaming an inanimate things for the person's actions. Saying that video games make them feel like they can commit murder, is much like saying someone owning a gun makes them feel empowered to commit murder as well. And for me, blaming anything other than the sick individual is not only wrong, but give the govt the idea to start banning those things. Do we really want the govt to stop adventure movies such as Die Hard? Should we not be allowed to play Call of Duty? And all Ozzy Osbourne records must be pulled and destroyed? If that is the case, then maybe all news programs on violence or world affairs should be banned, becasue they may people upset and angry as well. Heck, mad enought to do something about it if the wrong idiot gets ideas in his sick head. So ban it all...right.

Please, do not blame these things. It is just as insulting as blaming the gun itself. And IMO, that is wrong.