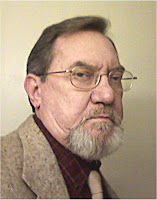 WOW!  What a turn around!  I refer of course, to the repentance of the Mainstream Media. Repentance here is meant in the classic definition:  turn around and go the other way.  That's what the press has done the past few days.  And , yes, it IS remarkable! 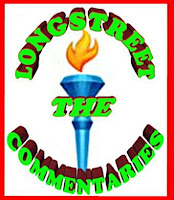 It is nigh on to laughable to observe the MSM in high angst going after the Obama administration after learning about the "monitoring" of AP reporters phone calls, both personal and business.  It really does depend, I suppose, upon whose ox is being gored.

As long as the Obama White House was persecuting conservatives, and backing and filling the Benghazi cover-up, everything was hunky-dory with the Mainstream Media.

But the moment they (the MsM) become the target of the Obama administration the MsM went ballistic!

You may recall the Fox News Channel was out there, all by itself, on the Benghazi affair for months and months.  The MsM just yawned and looked the other way.  The IRS harassment of the Tea Party and other conservative groups received only cursory and lukewarm interest amongst the denizens of the press.

But WAIT!  The inviolate MsM has been violated by none other than their messiah! Suddenly they feel betrayed -- and with good reason.  They HAVE been betrayed.

But -- HEY! Countless times we have warned the leftist press that under a tyrannical government the press would be among the very first targets for censoring, and for ultimate control by the government.  Now they have had a taste, just a taste, mind you, of what we have been warning them about for years now.  And they seem blind-sided by it all.  It is just unbelievable.

As of this writing vast holes have appeared in the circle of wagons around Mr. Obama. And Obama is -- suddenly -- vulnerable.

Hours before this writing the dems were scrambling to find a way -- some way, ANYWAY, to bribe the MsM back into their corner.  They began by suggesting that now might be a good time to revisit the proposed reporter/press shield law that made its way ignominiously into the "round file" the last time it reared its head on Capitol Hill.

Judging by the reception of Obama's suggestion, the shield law bribe is not working.

It is gratifying to actually witness the MsM rediscover their purpose.  They were to be the people's watchdog over the government.  Instead they became the Obama Administration lapdogs.  Suddenly they were transformed from reporters to stenographers reporting the White House's -- AND -- the Democratic Party's "talking points" as news. 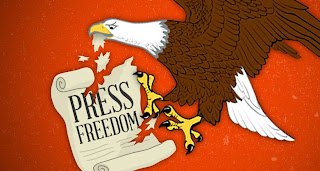 This loss of their mission not only affected the national media it reached all the way down to community news organizations, as well. As a result, Americans have only seen a white wash of the Obama Administration -- and the Democratic Party -- for the past four and a half years.

What little esteem for the MsM held by those few Americans who actually derived their news from those sources must now feel themselves betrayed, as well. Unarguably they have been deluged by a tsunami of left wing propaganda employed by the west wing f the White House, and various executive departments under the direct or indirect control of the Obama Administration.

Now "the chickens have come home to roost" as a famous religious leader said a number of years ago.

I have no idea where all these scandals will lead, eventually.  But understand -- even if an impeachment proceeding is begun, and Obama is impeached in the House of Representatives, it will take a vote by the Democratic Party controlled US Senate to convict Obama and that is about as likely to be successful, as rolling a snowball clear across Hell in the middle of August. It ain't gonna happen.

We're asking ourselves today, if Obama's protective bubble has finally burst, if his Teflon coating as developed a scratch, will we actually get to see Obama for what he truly is before some sort of makeshift barrier is erected to insure that the real Obama is never exposed to the scrutiny of the "low info voters" who put him in office -- not once-- but twice.

This could be a pivotal  moment in American history.

"Power corrupts; absolute power corrupts absolutely"  -- The historian and moralist, who was otherwise known simply as Lord Acton, expressed this opinion in a letter to Bishop Mandell Creighton in 1887:

We Americans must continually guard against the encroachment of tyranny.

When did the 4th Estate become the 5th Column? When their professors taught them to be change agents not seekers of truth.