A Road Paved With “Good Intentions” 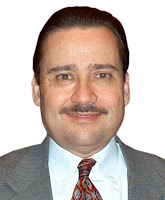 On the immigration front, the bad news is that the scoundrels (including 14 Rinos) in the U.S. Senate succeeded in passing an amnesty bill (S744). The good news is that in order for their “comprehensive immigration reform” to become law, it will have to get though the House. Can that happen? Yes, but it is  unlikely to any time soon, provided enough Americans exert pressure on their congress critters in the House to reject any and all attempts at forcing amnesty on their unwilling constituents.
Why do those who perpetually advocate the rewarding of alien lawbreakers, persist in those efforts, despite such high levels of opposition to amnesty? In short, they’re doing everything they can to wear down the public. The last serious attempt at amnesty came at about this time six years ago, and while that attempt died in the Senate (it was close), this time they have moved the ball further down the field. Incrementalism is the game, and unfortunately it’s working all too well for globalist/progressive forces (think gay marriage, gun control, etc.). These forces will never give up their efforts to transform the country into something very different from what our founders envisioned.

The result in the Senate this time was not exactly unexpected. With the dems voting in lockstep, it took only a few of the usual GOP suspects (McCain, Graham and new Rino poster boy Marco Rubio to name a few) to enable this horrible bill’s passage by a 68-32 vote. The margin would have been considerably less however, had a few more Republicans not been swayed by an amendment from fellow Republican senators John Hoeven of North Dakota and Bob Corker of Tennessee – one that would purportedly bolster border security. In reality it will do nothing of the sort. Logically, if this bill’s intent was in fact enforcement, securing the border would be its highest priority. The fact that it creates a “pathway to citizenship” before any enforcement should be all the proof one needs that the bill is all about amnesty and has zero to do with “enforcement” or “border security”.

Even if one were to make the very generous assumption that once legal status has been conferred upon millions of illegal aliens, and that what follows will be “enforcement”, this assumption flies in the face of all of the evidence… 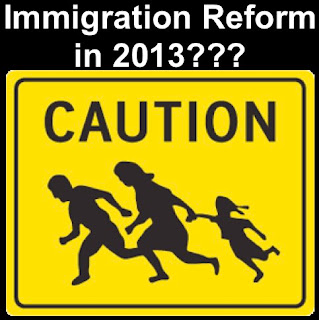 In 1986, our government “fixed” the immigration system by passing a bill that allowed illegals to pay a fine, learn English and obtain green cards. Effectively it legalized nearly three million illegal aliens. The supposed trade-off was that we would secure the border to stop further illegal immigration. Sound familiar? Officially, the number of illegals now in the country has grown to around 11 million, although it is a given that the real number is actually significantly higher. Obviously after passage in 1986, the government did not secure the border regardless of the supposed intentions.

Under public pressure to stop the invasion, Congress in 2006 passed the “Secure Fence Act” and the bill was grudgingly signed by amnesty supporter George W. Bush. The bill called for a double-tier fence to be built along 700 miles of our southern border. The idea was to help secure our border and stop the massive invasion by illegals. So what happened? Just a scant year later, the bill got watered down through language that was slipped into a spending bill which then left it to DHS to “determine” both the type and amount of fence to be used. So what has happened to the “fence”?

As of early this year (2013), the department had built just 36 miles of two-tier fencing, 316 miles of single-tier fence, and another 299 miles of vehicle barriers that still allow pedestrians and wildlife to cross, but is meant to keep out smuggling vehicles. (Source)

The fence legislation had, just as the 1986 amnesty bill, the “intent” of securing the border. Again, the government failed to do so.

More recently, the state of Arizona wrote their own state law in an attempt to enforce the immigration laws that were clearly not being enforced by the federal government. They were subsequently sued by Eric Holder’s justice department and finally last month even had their state law struck down by the US Supreme Court. In this case, the federal government not only failed to secure the border but used all the power at their disposal to prevent the law from even being carried out.

Given these examples of “intent” versus reality (there are many more), do you still think this same federal government would actually stand behind the “enforcement” provisions of an amnesty bill if ultimately passed by the House? As they say, the road to hell is paved with good intentions.

There are many lies being tossed about by amnesty proponents. In particular there is a very deceptive television and radio ad that purports to be from “conservatives” in favor of S744 (and is centered around Marco Rubio) The ad is continuing to run, in the hopes of gaining support among the gullible in order to help the bill clear the House. The ad promotes the bill as a “common sense, conservative” solution that will “fix” the system, and that the bill includes stiff “enforcement”. If not for the gravity of the situation, this ad would be comical for its utter and blatant lies. This bill is neither “conservative” nor is it based on “common sense”. Most importantly, it will “fix” nothing. What it will do is repeat the mistake made in 1986, except on a much larger scale.

The ad goes on to repeat the greatest lie of all by proclaiming that “our immigration system is broken”. This mantra is used in conjunction with the supposed solution - the amnesty bill (which is never referred to as amnesty). The lie of course is not that the system is broken, but that the remedy involves legalizing millions of lawbreakers. The plain simple fact is that the reason the system is “broken”, is because the government failed to enforce the existing laws that would have helped keep immigration in check in the first place.

The economic and cultural costs of unchecked immigration (legal and illegal) are staggering. The drain on social services alone would be enough to cause most CPAs to search for a tall building from which to leap. The state of California, for example, alone spends in excess of $10 billion annually just for services for immigrants. When you add back in the strains on our infrastructure (electricity, water, roads, etc.), not to mention the enormous impact of having millions who neither speak English nor wish to learn it or otherwise assimilate into our culture, this entire thing becomes a recipe for future third world status.

Then there is the impact on employment – something the pro-amnesty Washington crowd conveniently ignores. The June jobs figures indicate that at this point, only 47% of adult Americans are working full-time. By bringing the illegals “out of the shadows” via amnesty, the prospects for our own citizens to be able to gain full-time employment become even gloomier as the job market dries up from an over saturation of workers in relation to available jobs. Blacks – in particular black youths – will be hit the hardest. Where is the concern from Obama, Holder, McCain, Graham and Rubio over their plight?

Finally, why do amnesty supporting Republicans keep pushing this over the objections of the base? Ostensibly it is because the GOP needs to do a “better job of reaching out to Hispanics”. We’ve heard that phrase uttered by a number of inside the beltway politicos and consultants, but does it hold water? The highest percentage of the Hispanic vote ever received by a Republican presidential candidate was 44% for George W. Bush in 2004. Even with Bush having the power of the incumbency, and despite having pushed very hard for amnesty, he still substantially lost the Hispanic vote – and this was the best showing ever for a Republican. So will continued pushing of amnesty help the GOP with Hispanics? Marco Rubio has been all over the news for his role in pushing S744. In addition, he is Latino (Cuban-American). So how is he viewed among Hispanics at large? A recent poll (PDF) conducted by Latino Decisions, shows Rubio’s favorability/unfavorability rating among Hispanics is barely favorable at 31/29%. That’s not exactly a glowing endorsement. Even more telling is that when polled regarding their 2016 presidential preference, a direct matchup against Hillary Clinton shows Rubio losing 66-28%. He didn’t fare much better against Joe Biden, losing 60-28%. Even Donald Duck should have polled evenly with Biden. An absolute trouncing - this despite Rubio’s very public “reaching out” to Hispanics.

While the real reasons why the establishment is doing this are far more sinister, it is the subject for another column. For now, the fact remains that supporting amnesty will not improve the GOP’s standing with Latinos. It will not attract more of their votes. It will however, drive away even more of what is left of the GOP base. In addition, it will create millions of new Latino voters who will vote by a 60-70% majority for Democrats – regardless of what the GOP does. It is political hari-kari. An amnesty bill passed by the House will render the Republican Party irrelevant and destine it to go the way of the Whigs.