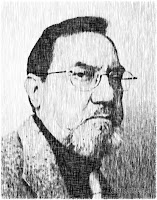 I love good books and I love good movies.  Heck, I thoroughly enjoy a good story, an excellent yarn, spun and presented in such a way as to entertain and, yes, from time to time, enlighten me on a subject I am particularly interested in. 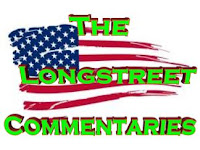 I have even dabbled in a little writing myself.  And after thirty years in the broadcasting industry, I must admit to feeling at least some affinity,  a natural attraction or feeling of kinship, if you will, towards the folks in the industry today.

Having said that, I am compelled to ask ... what has happened to the creative writing in the entertainment business?

Just take a look at the offerings on TV.  They are pathetic.  Every show seems like the show you just saw -- with only the actors and sets changed.  After a while, one begins to wonder if there is only one stable of writers for all of American television and they use the same formatted story line for every show, just updating it a bit each time.

A friend told me recently that, of late, his wife has begun watching shows on the Sci-fi Channel and she has never been a fan of science fiction.  He asked her why the sudden interest in science fiction programs and she replied that at least they showed a little imagination.  I can relate to that!

Where is the originality?  On TV it is either cops, docs, lawyers, or some combination of one or more of them.  Oh, the stuff they call "situation comedies" is utterly embarrassing to the intelligence of anyone past, oh say, the second grade in school.  The infantile bathroom humor and sexual innuendo and the indelicate overuse of the double entendre are just pitiful.

Nowadays, it is so important that the cast of a TV show be politically correct that often the show has a cast much larger than the audience can keep track of -- just so all the races and sexual genders can be accounted for. You know: diversity and multiculturalism -- all the crap that has screwed-up our country and our world.

Then there is so-called reality TV.  From someone who spent a heck of a lot of time in the broadcasting industry, allow me to assure you there is no such thing as reality TV.   At least not the kind one can broadcast into America's homes.

You want to see reality TV, then go watch the monitor of a camera at an ATM machine. That's reality.

Put a camera and a microphone in someone's face -- or space -- and everything changes.  Reality, except for accidents, goes right out the window.  Believe me.  Any reality you get is purely accidental.

Now to the big screen:  The film fare is just as bad.  Either it came from TV, a comic book,  the Bible, (With the Bible, they don't have to pay "movie right's" fees to the authors!) or -- it's a remake of a long ago classic that needs absolutely no help in being remembered for its artistry and quality and will be utterly impossible to make any better by today's crop of directors and producers and their propensity for computer generated imagery.

And then there is the politics of the Hollywood left woven into every script of every movie they produce.

It is simply impossible to buy a ticket and sit down a theater and watch a movie without being indoctrinated in leftist politics these days.   We just learned a few days ago that the White House is asking Hollywood to begin promoting Obamacare in their productions.   See what I mean?

Maybe it's a generational thing.  Maybe it's an "age" thing.  I don't know.  But, I find that I cannot relax and comfortably watch a movie anymore. The crudity, the rudeness, which we are told simply reflects real life, is far and away overdone.  Believe me, folks, that ain't real life.  That's what is known in the business as "shock value."  It is supposed to make you feel as if you are actually receiving something of value for the good money you just spent for a ticket just so you can be doused in what amounts to the overnight contents of a chamber pot!  (Look it up on Google.)

In the not too distant past, to get something with "shock value" into a film there had to be what society referred to as "Socially Redeeming Valve."  In other words --  there had to be an off-set.  The message, such a shocking act bore, had to be one that reinforced the belief that truth and rightness would win out.

It has become painfully obvious today that there are entire movies in circulation which have never made the acquaintance of anything approaching socially redeeming values OR quality. 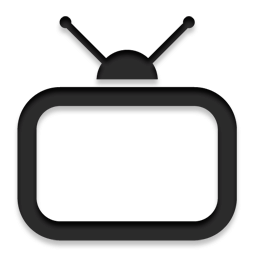 Then there are the actors, themselves.  The current crop of American actors are, well, (I'm attempting to be kind here) just not all that great.  Actually, they're a pretty sad lot.  That explains, I believe, why there has been a literal invasion of Hollywood (and TV film --making -- land) of British, Australian, and western European actors and actresses, of late.  Many, if not most, are classically trained actors and are true artists in the sense that they are actors, KNOW that they are actors, enjoy what they do for a living, and will follow the work.  Right now, the work is in America -- and they are flooding our shores with their very much appreciated talent.
I read recently that American actors do not like playing less than stellar or heroic characters. Whereas actors from the classically trained ranks see every role as a challenge and will pour their hearts and souls into making that character come to life on the stage or screen.

American actors, of late, have found themselves in much the same situation as American car manufacturers a few short decades ago.  Their lunch is being eaten by their cousins from across the pond.

But so long as the industry, as a whole, is making money -- and IT IS making money -- do not expect much to change. The cookie cutter TV shows will continue -- as will the fast, loud, colorful, and EMPTY movies from the left coast of America.