Is Snowden a Spy or a Hero? 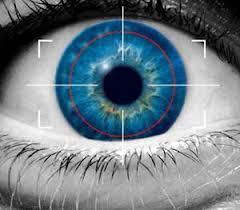 Interesting to see how Edward Snowden, former employee of a National Security Agency contractor, has dropped off the front pages; how quickly he has become “old news”.


The leaders of the European Union are shocked to learn that the U.S. spies on them. Since their own spy agencies routinely share information with the intelligence agencies of our government, it did not come as a big a surprise to them.


The real surprise is how much spying our government does on American citizens.


Even in the days when the Continental Congress sent representatives to France to negotiate deals to acquire arms and secure its support for our Revolution the British spied on them, opening their mail, and such. George Washington won the Revolution in large part to an excellent network of his own spies. Spying is as old as mankind.

﻿Though he embarrassed the President and the National Security Agency, Edward Snowden is not likely to be granted asylum in Russia. The odds are that Snowden has been a witting or unwitting agent of what used to be called the KGB and now goes by the name of the Federal Security Services, FSB. It is responsible for internal security and counter-intelligence.

It should come as no surprise, however, that two Communist nations, Venezuela and Nicaragua, have offered Snowden asylum.

The old KGB was closely involved with another American who went to Russia. He was Lee Harvey Oswald who history records as returning to the U.S. and later assassinating President Kennedy. The highest ranking Soviet bloc intelligence official to defect to the West, Lt. Gen. Ion Mihai Pacepa, has written “Disinformation”, revealing the long history of deception perfected under Lenin, Stalin, and others among the parade of KGB agents that served as its prime minister in the wake of Stalin’s death.


In 2007, Pecepa’s book, “Programmed to Kill: Lee Harvey Oswald, the Soviet KGB, and the Kennedy Assassination” in which he revealed that Oswald had been recruited for ideological reasons when he was a U.S. Marine stationed in Japan. “When he insisted on defecting to the Soviet paradise, the KGB kept him there for three years and then persuaded him to return to the United States temporarily, in order to assassinate President Kennedy, who had badly humiliated Oswald’s idol, Khrushchev. before the whole world.” Khrushchev changed his mind, but Oswald was determined to go ahead.


Everything old is new again!


A Daniel Greenfield commentary posted on New Media Journal.com notes that “Foreign intelligence agencies look for people with security clearances who go through a lot of money in short periods of time, who simmer with grudges and grievances, who are rootless and dissatisfied. These descriptions adequately cover Edward Snowden and Bradley Manning, two men who should never have been given any kind of clearance whatsoever on personality alone.”


It is pure speculation, but there is reason to believe that Snowden was recruited “for ideological reasons” and given the assignment to secure access to the NSA secrets. His escape to Hong Kong and then onto Russia smacks of some real planning. I don’t know who is funding WikiLeaks, but it would not surprise me to learn that it was the FSB. What an easy way to dupe people like Bradley Manning into providing information the FSB might otherwise not be able to secure. If anyone deserves the firing squad, it is Manning.


Former Soviet KGB officials are now the Russian Federation government, starting with Putin and including every other member of his executive team. The process of disinformation continues; reaching back to the days of the czars.


As Pacepa notes, “In a 2008 Rasmussen poll, only 53% of Americans preferred capitalism to socialism, with another 27% unsure, and 20% strongly opting for socialism.”
That was also the year a totally unknown Illinois Senator leaped from virtual anonomy to capture the presidency. Despite strong connections with radical leftists, his charm and the “slobbering love affair” that ensued from the news media put him in the Oval Office and have kept him there. Along with the White House, the FSB agents stationed here routinely leak or spin stories to these dupes.


Pacepa points out that Obama has engineered the extraordinary takeover of “the U.S. banking sector, home mortgages, school loans, automakers, and most of the healthcare industry.” If the President has not long been and continues to be a FSB agent of influence, then he is surely the greatest of what Lenin used to call his “useful idiots.”


Under the Communist premiers from Lenin to Putin, disinformation has had two goals; to undermine faith in the Judeo-Christian religions, especially the spread of anti-Semitism, and to advance communism/socialism worldwide.


Old journalists like myself will tell you that there is no such thing as a coincidence. This is particularly true on the world stage. There are always unseen hands seeking to set events in motion or to control and correct the outcome of unforeseen events. I have always been wary of conspiracy theories, but that does not mean that conspiracies do not exist.

As for Snowden, Douglas J. Hagmann, a private investigator with strong ties inside the U.S. government among people who are deeply concerned of actions taken by the Obama administration, recently wrote: “Edward Snowden made a conscious decision to expose a massive, draconian system of spying on American citizens that he believed is violating the rights of every American. He could not reconcile his responsibilities under the executive order in which he was working with his knowledge as an American citizen himself.”


I recommend you read Pacepa’s book with its astonishing revelations based on decades within the inner circles of the Rumanian and Russian secret services. At the end of his book, he says, “Let us reject the Marxist redistribution of wealth which has transformed so many once-noble countries into lands looking like giant trailer camps hit by a hurricane…” warning against “the disinformation, the glasnost, that has been used so destructively over the years to squash freedom and bankrupt countries.”


Maybe Snowden is a hero? There are such people, you know. Or a dupe? That’s possible, too.  One thing is sure, more and more Americans are coming to fear the current administration..


Alan Caruba's commentaries are posted daily at "Warning Signs" and shared on dozens of news and opinion websites. His blog recently passed more than 2.7 million page views. If you love to read, visit his monthly report on new books at Bookviews. For information on his professional skills, Caruba Editorial Services is the place to go! You can find Alan Caruba on both Facebook and Twitter as well.
***********************
VISIT J. D. Longstreet's "INSIGHT on Freedom" Face Book Page!!:   (Just click on the link for more conservative commentary by J. D. Longstreet and other popular conservative writers!)
Hypersmash.com
Ping Blog
href="http://pingates.com">Pingates