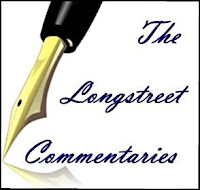 It is frustrating to see a US Secretary of State flitting back and forth between Arab countries and Israel in a non-stop quest for peace.  It is a fool's errand.  So long as the world remains,  that conflict will last until the last day of the last days of the end times.

We hardly ever hear it noted these days, but this is a family feud.  There is no conflict as vicious as a family conflict.  Family members know exactly which buttons to push to hurt their sibling the most.  And they push those buttons gleefully and with gusto.

Two half-brothers, sons of an old fellow from an ancient city of Sumer, called Ur, located on a former channel of the Euphrates River in a place we now call Iraq, began this mess many centuries before Christ. 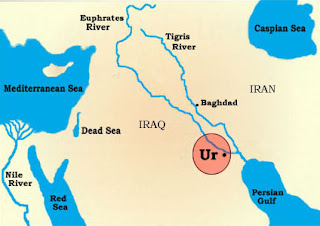 Contrary to what we are being and told -- and our young folks are being taught; the Arab/Israeli problem did not have its start in 1948.  Far from it.  The origin of this on-going battle between half-brothers  dates back thousands of years to Abraham, Sarah, (Isaac’s mother), and Hagar (Ishmael’s mother).

I have lifted out some scripture verses below to illustrate the story, as it appears in the story of the Children of Israel in the Bible.   To get the entire story on the origins of this conflict, even to the on-going battles between the half-brothers, Abraham’s children, we recommend you read the two chapters of Genesis… 16 and 17.  Once you have done that, you will have the background on the everlasting war between Abraham’s kids.  You will also see the hopelessness of any country, including the US, reaching a lasting peace agreement between the two.

Just as scripture stated, Ishmael’s children would have their hands raised against every man and every man's hand would be against them.

For the entire story read the 16th and 17th chapters of Genesis in the Old Testament (The Bible.)

Now… the story BEHIND the story:

*****************
Now Sarai, Abram's wife, bore him no children. She had an Egyptian slave-girl whose name was Hagar, and Sarai said to Abram, "You see that the LORD has prevented me from bearing children; go in to my slave-girl; it may be that I shall obtain children by her. "And Abram listened to the voice of Sarai. So, after Abram had lived ten years in the land of Canaan, Sarai, Abram's wife, took Hagar the Egyptian, her slave-girl, and gave her to her husband Abram as a wife. . . .
-0-
Genesis 16:  11-12
And the angel of the LORD said unto her(Hagar), Behold, thou [art] with child, and shalt bear a son, and shalt call his name Ishmael; because the LORD hath heard thy affliction.

The LORD dealt with Sarah as he had said, and the LORD did for Sarah as he had promised. Sarah conceived and bore Abraham a son in his old age, at the time of which God had spoken to him. Abraham gave the name Isaac to his son whom Sarah bore him.
-0-

The child grew, and was weaned; and Abraham made a great feast on the day that Isaac was weaned. But Sarah saw the son of Hagar the Egyptian, whom she had borne to Abraham, playing with her son Isaac. So she said to Abraham, "Cast out this slave woman with her son; for the son of this slave woman shall not inherit along with my son Isaac." The matter was very distressing to Abraham on account of his son. But God said to Abraham, "Do not be distressed because of the boy and because of your slave woman; whatever Sarah says to you, do as she tells you, for it is through Isaac that offspring shall be named for you. As for the son of the slave woman, I will make a nation of him also, because he is your offspring." So Abraham rose early in the morning, and took bread and a skin of water, and gave it to Hagar, putting it on her shoulder, along with the child, and sent her away. And she departed, and wandered about in the wilderness of Beer-sheba.
******************

Allow me to disabuse you of any thought that the conflict between Israel, and her Arab neighbors, will be ended anytime soon.  It isn’t going to happen.  It is a conflict, I am convinced, completely out of the hands of man.

Look.  I know that in our increasingly secular world making pronouncements like that above causes eyes to roll, and smirks to appear on the, faces of the, er, more sophisticated.  I get it. I do.  But, HEY! I know in what I believe and in WHOM I believe.  That, I am assured, is becoming extremely rare these days.

See. The thing is -- the "tiff" (as some see it) between Israel and her sibling is a three way affair.  It's between the Jews, the Arabs, and God.  There is no place for the US, the UN, or anybody else to intervene or interfere.  The sooner we recognize that -- the better understanding we will have of the "blood feud," the conflict, and the driving impetus with which it will continue until earth's last day.

How ARROGANT of Kerry, or any man for that matter, to think that he can settle a dispute that is as old at the bible, and will be still going until man kills himself.

There is not settling. Islam is a religion of violence, and could NOT exist without strife and hate. If the entire world was to give in to every demand that islam has, islam would still be unhappy and still make demands, and still be angry and only fabricate new outrages and offenses in order to maintain their hatred of all things non-muslim.