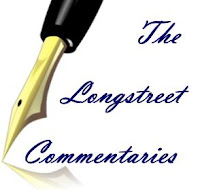 As I write it is the morning of July 4th, 2013.  I don't feel particularly celebratory this Independence Day.

As I see it, everything we should be celebrating on Independence Day-- we are in serious danger of losing.   In fact, the more I think about it, the more I become convinced that rather than grilling hamburgers and hotdogs we ought to be grilling our nation's leaders.  Instead of staying in our backyards comfortably around the pool and/or picnic tables,  we ought to be in the streets demanding that our freedoms and liberty be restored!

I am convinced that America is under a greater threat today from her current crop of leaders than she ever was under the reign of King George!

Look.  SOMETHING is going to happen in America -- and soon.  Either we will collapse as a country -- OR -- we will regain control of our government and restore the America our Forefathers gave us at such great and terrible cost.

The storm clouds of a great internal conflict are gathering on the horizon.

Much like it was in the 1700's, America is, today, split between two factions.  In Revolutionary War days there were the Patriots and there were the Tories.  The Tories wanted to remain a part of Great Britain.  They lost.  They left America -- by the ship loads -- after the British defeat at Yorktown. Whole families left everything, and got the heck out of Dodge, making their way to England or some other British Territory.  They were not particularly missed.

Today we are spilt between freedom loving Americas and "Statist" (or Socialist) Americans.

Americans are just now beginning to realize that Socialists and freedom lovers cannot coexist.  Like "matter" and "anti-matter" endeavoring to occupy the same space will result in an inevitable explosion.

What happens next, the direction in which the dominoes fall, all depends upon the side gathering the most support.

A free America is slipping away ... quickly.

I think one of the most difficult obstacles those of us old freedom loving Americans have to confront is the near total ignorance of younger Americans about what they have already lost -- and -- have yet to lose.  It is a hurdle that must be removed, surmounted, or circumvented ... somehow.

Like the proverb of the frog in the pot of water slowly brought to the boiling point, they did not jump out of the pot. And now it is too late.

Younger Americans were indoctrinated in our government school system to support "Statist" themes and the "Statist" agenda and to be wary of us old dogs who complain that the constitution is being trampled upon.  They were sold a bill of goods and they bought it -- lock, stock, and barrel.

Now the constitution is irrelevant.  It doesn't actually matter.  We are in post-constitution days. All the rights we had under that document and the Bill of Rights, WE (the people) no longer have.  Now the government controls those rights and privileges and they dole them out, at their pleasure, to whom they choose.

When you step back and look objectively at America today, you can see that we are actually in worse shape than we were under King George.

Anyone with just a thimble full of common sense understands that this is an untenable situation and must be -- NAY -- WILL be resolved. 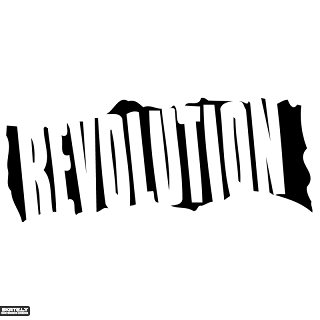 The odds have not been this "against us" in 237 years.   It is said by learned historians that in the 1700's about one-third of Americans wanted freedom from Great Britain, while about one-third of colonists wanted to remain a part of Great Britain, and the final third didn't give a damn, one way or the other.  My estimation today is that modern America is near evenly split with about half of us really caring -- one way or the other.

Like our forefathers if we manage to take America back to her constitutional liberties, we are going to be compelled to drag about half of America back, kicking and screaming, all the cussed way.

That being said, we must understand that THAT is no way to insure a stable country.

And so, the revolution MUST continue.  Eternal vigilance is , indeed, ONE of the costs of freedom. Another is the willingness to fight a continuing fight.  It is a life or death struggle for the existence of a country.

We Americans who love freedom are going to have to forget all the globalist, citizen of the world, nations without borders, malarkey!  (By the way, there is no such thing as a nation without borders!)

We must concentrate on cleaning up our own mess before we begin meddling in the affairs of other states. (Read Egypt, Syria, et al)

So.  If I raise a glass today, it will be to toast the America that WAS ... not the mess we have allowed ourselves to become.  In fact, may I be so bold as to suggest that before we raise our glasses -- we raise our faces -- toward heaven -- in reverent petition to Providence to once again smile on our feeble efforts to rekindle our nation's faith, to regain our freedom, to reassert the authority of the constitution, to strengthen our resolve to restore the "shining city on a hill" as a beacon to all mankind, anywhere on the globe,  lighting the way for man's unquenchable thirst for freedom to be satisfied.

It is time to gird up our loins and in the words of the prophet Joel:  "Beat your plowshares into swords and your pruninghooks into spears: let the weak say, I am strong."  Joel 3: 10.

President Woodrow Wilson once said:  "The American Revolution was a beginning, not a consummation."  Wrong about so much, on THIS, Wilson was correct.