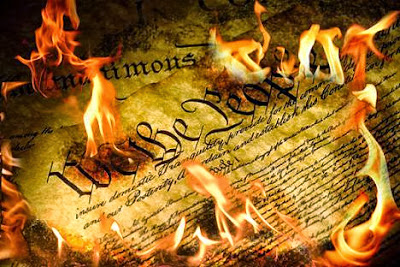 I’ve read about this in history books. It’s what happened to the Weimar Republic in Germany when its currency collapsed and anarchy followed. The result was Adolf Hitler and the Nazi Party.

In the wake of the Great Depression, the wheels began to come off the Weimar Republic, a liberal democracy that had been in place since the end of World War One. In 1930 President Hindenburg assumed emergency powers. By 1933 three Chancellors had preceded Hitler and when the Nazi government took over it simply ignored Germany’s constitution.

A lot of scholars who know much more about the U.S. Constitution than I are increasingly speaking out about the same scenario occurring here. Radio personality Mark Levin considers President Obama a despot in light of his refusal to negotiate with the Republicans and the resulting shutdown of the government. Suffice to say, his refusal, carried out by Senate Majority Leader, Harry Reid, worked.

For the ordinary citizen, Obama’s actions during the shutdown have been instructive if they were paying attention. He threatened not to pay Social Security retirees, Military retirees, disability recipients, and federal retirees. The elderly and the military were the prime targets for his threats and, despite the fact that more than eighty percent of the government was still functioning, he directed that national parks be closed; most dramatically in Washington, D.C. where veterans of World War II and the Vietnam War were denied access to the memorials to their service.

The President and the Democratic Party want all the restrictions on their capacity to spend tax dollars lifted. They want an end to the sequestration that curbs the natural inclination of government departments and agencies to spend taxpayer dollars as fast as the Federal Reserve can print them. The Reserve in turn has been purchasing $85 billion in the nation’s debt every month to maintain the fiction that the nation can pay its bills despite the fact that it has more debt than the entire national economy—the Gross Domestic Product—generates every year.

And who doubled that debt in just his first term? Obama.

A new book by Clark M. Neilly III, “Terms of Engagement: How Our Courts Should Enforce the Constitution’s Promise of Limited Government” ($23.99, Encounter Books) says bluntly that “We are drowning in a sea of unconstitutional regulations that compel obedience, stifle innovation, and punish morally blameless conduct.”

“Heedless of the constitutional limits on its own power,” says Neilly, “and indulged by a quiescent judiciary, the federal government now spends 24 percent of our gross domestic product, the highest proportion since World War II.”

Neilly is a senior attorney at the Institute for Justice where he litigates constitutional cases involving economic liberty, property rights, free speech, and school choice. He is the modern version of the biblical Jeremiah raising his voice to warn of what is to come if Congress and the courts do not begin to obey the limits the Constitution sets forth so clearly that anyone can understand them.

“In 2013, a series of scandals involving the Internal Revenue Service, the National Security Agency, the Department of Justice, the Department of Agriculture, and other federal agencies reminded Americans about the hazards of free-wheeling government”, says Neilly.

“And in light of the Supreme Court’s decision upholding the Patient Protection and Affordable Care Act, commonly known as ‘Obamacare’, Congress can even tell people how to spend their money by penalizing those who refuse to buy things it thinks they should have, like government approved health insurance. Congress has no legitimate power to do that, which is why the Supreme Court had to pretend the penalty was actually a tax.”

Suffice to say that Neilly is extremely critical of the failure of the judicial system to uphold the Constitution and the current state of government in America today. “As far as the government is concerned, it is your boss, setting policies and issuing edicts that you will obey. Between that awesome power and you stands the Constitution.”

Obamacare is despotism in action. As Neilly says, if the government can order you to buy health insurance you may not need or want and fine you if you refuse, you are no longer living in a republic with a functioning Constitution. 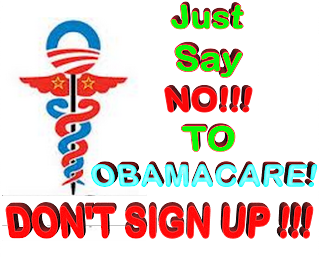 And this is the reason the Tea Party movement began and why a handful of Senators and Representatives, elected with Tea Party support, have been holding out, seeking to defund, delay or repeal Obamacare. If Obamacare succeeds, America will fail. It is already playing havoc with the economy.

The government shutdown was a political battle in a larger political war between the socialist Democratic Party and a badly frayed conservative Republican one. Supported by votes that have been purchased from the public treasury—the largess of welfare and a matrix of other programs that redistribute wealth—and a measure of election fraud, the Democratic Party has become a criminal enterprise.

As Ronald Reagan said in his first inaugural address, “We are a nation that has a government—not the other way around. And this makes us special among the nations of the Earth. Our government has no power except that granted it by the people. It is time to check and reverse the growth of government which shows signs of having grown beyond the consent of the governed.”