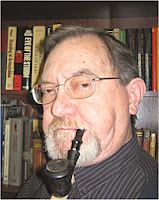 Socialized medicine (Obamacare) may seem like a good thing to you; unless you are sick, even less so if you are chronically ill.

We have been warning of the dangers, and the short comings, of socialized medicine for a very long time and now we have had it rammed down our throats by the democrats.  Remember -- NOT A SINGLE REPUBLICAN VOTED FOR OBAMACARE!  Nary a one!

Given a choice between healthcare run by the government and keeping my private insurance and paying the premiums and going to see the doctor I want to see, and not some civil servant working for the government healthcare system, I’ll take the latter any day. In fact, the choice for me is a “no-brainer.”

Since 1965 I have been hospitalized over 80 times. I have had numerous surgeries and I must see a doctor every four to six weeks of my life. See, I KNOW the value of a good healthcare system and I know, first hand, the value of having a doctor, in whom I have confidence, treating me. I know what it means to have a rapport with your physician.  That, alone, is tremendously important when you are chronically ill.

Unlike a lot of folks, when I think of nationalized healthcare, I perceive a threat to my life.  I have no doubt that the introduction of socialized healthcare (Obamacare) in the US will shorten my life and bring it to a termination much sooner than currently expected.  In fact, I have no doubt about it.  There are millions of Americans, just like me, who will have their lives shortened by Obamacare.

Nevertheless, it IS here.

The start-up problems with Obamacare are, I suspect, diverting attention away from what's really going on.

Look. Obamacare is going to fail.   I know, I know.  But I assure you, it is not just wishful thinking on my part.

Obamacare was designed to fail.  It MUST fail for the complete program of socialized medicine in America to be established.

It was hoped that Obamacare, like a drug, would addict enough Americans that when it crashes there will be a ready made demand for a national healthcare system of some kind to replace it.

The replacement?  A single payer national healthcare system.  That is the second part of the assault on American's healthcare.

Under a single-payer system, everyone in the country would have health coverage provided by the government, and private insurance largely would cease to exist. Like Medicare, the government would act as the insurer; doctors and hospitals would operate privately, receiving payments from public funds under such a nationalized health insurance system. SOURCE:  http://www.factcheck.org/2009/12/public-option-vs-single-payer/

A single payer healthcare system is what the socialist in the Democratic Party REALLY want.

I came across an excellent article entitled: "The Myths of Single-Payer Health Care" by David Hogberg that I recommend you read.  You'll find it at:  http://www.freemarketcure.com/singlepayermyths.php#1

In his article Mr. Hogberg explains:  " Everyone in a single-payer system has health insurance, not necessarily health care.

Governments in a single-payer system ration care using waiting lists for surgery and diagnostic procedures and by canceling surgeries. As the Canadian Supreme Court said upon ruling unconstitutional a Quebec law that banned private health care, "access to a waiting list is not access to health care."  SOURCE:  http://www.freemarketcure.com/singlepayermyths.php#1 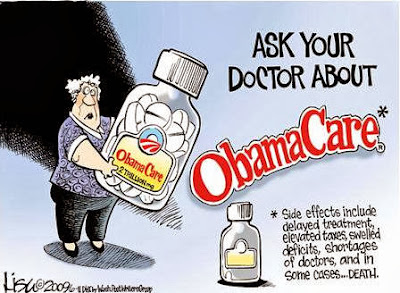 Just as predicted, Obamacare is a Frankenstein monster and growing uglier every day of its continued existence.  Already, it is taking a toll on the democrats.  The President's approval rating is down, at this writing, to 37% and expected to fall even more.

Democrats claim Obamacare is "settled Law."  I would remind you that Prohibition was settled law, as well.   It took us thirteen years to rid ourselves of that albatross. But we did it.  And -- we can do it again.

In the meantime, the one political party making an attempt to save America from the excesses of Obamacare is being savaged by Americans for shutting down the government in an attempt rescue America from Obamacare.

At the moment the GOP is being creamed -- but-- I have a hunch that when the smoke settles we are going to see a resurgent GOP as the American electorate FINALLY understands that all this pain was brought to them by the Democratic Party and ONLY the Democratic Party.

In a little over a year, Americans will be going to the polls again.  By that time, they should be well -- and truly -- fed up with Obamacare and those who foisted it off on them.  If the GOP has any spirit left, it will do everything in its power to remind the electorate that the Republican Party stands ready to rid America of the plague of Obamacare.

This will be a two-step solution.  Three years hence, the GOP should put forth a conservative candidate, not a moderate, not a RINO, but a CONSERVATIVE candidate for President to have any chance, at all, against Hillary Clinton.

As we said above, it took thirteen years to repeal Prohibition.  If the GOP can win in the next two elections they can overturn Obamacare in less time.  If not, it will take considerably longer and inflict far more pain on the American people.

Recent polls show that over 80% of Americans are dissatisfied with the way the government is governing the country.  Congressional approval is down to only 5%. History teaches us that things happen when Americans get mad -- and they/we are outraged.

In almost 240 years America has had numerous threats to her freedom and liberties. But we have never had a more dangerous threat than Obamacare.

We MUST remove this threat to our once great nation.