Time To Stop The Madness With A Third Party? ... J. D. Longstreet 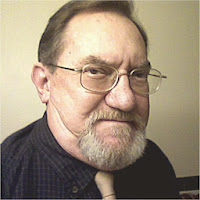 Those who follow the nation's politics understand that the creation of a viable and effective third political party in the US is the LAST thing Washington wants.  The dems and repubs will fight a third party with all the power, energy, zeal, vehemence, vigor, cunning, and skulduggery they can manage -- and then some.

Look.  Our political system was designed for multiple political parties ... not just two parties such as we have today.
Having only two parties is extremely risky.  Over the years we have seen the two parties switch positions and recently we have watched as the Republican Party, supposedly the home of those of the conservative persuasion, adopt the liberal and progressive positions of the Democratic Party on a scale that has rendered the GOP as something of a pale reflection of the party that has been the traditional home of Socialists, Marxists, and Progressives-- the Democratic Party.

I mentioned at the beginning of this piece that our Founding Fathers actually meant us to have multiple political parties and not just the two we have come to think were bequeathed to us by The Founders.

President John Adams, one of the most intelligent presidents this country has had the good fortune to have, said this:

"There is nothing which I dread so much as a division of the republic into two great parties, each arranged under its leader, and concerting measures in opposition to each other. This, in my humble apprehension, is to be dreaded as the greatest political evil under our Constitution."

George Washington, the first President under the constitution,  agreed.  Washington said this in his farewell presidential speech:

"The alternate domination of one faction over another, sharpened by the spirit of revenge, natural to party dissension, which in different ages and countries has perpetrated the most horrid enormities, is itself a frightful despotism. But this leads at length to a more formal and permanent despotism. The disorders and miseries, which result, gradually incline the minds of men to seek security and repose in the absolute power of an individual; and sooner or later the chief of some prevailing faction, more able or more fortunate than his competitors, turns this disposition to the purposes of his own elevation, on the ruins of Public Liberty

Without looking forward to an extremity of this kind, (which nevertheless ought not to be entirely out of sight,) the common and continual mischiefs of the spirit of party are sufficient to make it the interest and duty of a wise people to discourage and restrain it.

It serves always to distract the Public Councils, and enfeeble the Public Administration. It agitates the Community with ill-founded jealousies and false alarms; kindles the animosity of one part against another, foments occasionally riot and insurrection. It opens the door to foreign influence and corruption, which find a facilitated access to the government itself through the channels of party passions. Thus the policy and the will of one country are subjected to the policy and will of another. 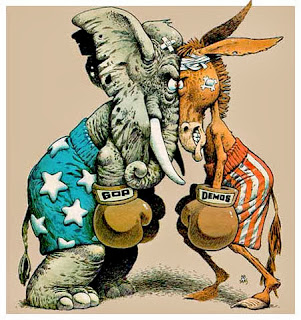 There is an opinion, that parties in free countries are useful checks upon the administration of the Government, and serve to keep alive the spirit of Liberty. This within certain limits is probably true; and in Governments of a Monarchical cast, Patriotism may look with indulgence, if not with favor, upon the spirit of party. But in those of the popular character, in Governments purely elective, it is a spirit not to be encouraged. From their natural tendency, it is certain there will always be enough of that spirit for every salutary purpose. And, there being constant danger of excess, the effort ought to be, by force of public opinion, to mitigate and assuage it. A fire not to be quenched, it demands a uniform vigilance to prevent its bursting into a flame, lest, instead of warming, it should consume."

I have come to believe that the current two-party system in America is -- UNAMERICAN.  Here's why I say that:

I fear I would not be welcome in any political party these days.  See, I don't like compromise... period.  Compromise is NOT honesty -- therefore compromise cannot be a virtue.  If one believes one's political philosophy, one's core belief,  is correct, then why compromise? Why LIE?  Seems to me that if a man truly believes that WHAT he believes IS THE TRUTH,  he will hold fast and not budge one iota from that position -- for any reason.  That used to be referred to as "having the courage of one's conviction."  Sadly, few, these days, have such conviction -- or courage.

We have become so used to compromise -- going along to get along, group think, being good little socialists -- that when a person who has the courage to stake out a position and refuse to give it up to those who disagree and stands pat and defends his position against all comers, he is pilloried, said to be a mental case, cursed, metaphorically spat upon, and made an outcast of our hypocritical society.

I must tell you, there is something dead and rotting at the core of any society that treats a courageous citizen in that manner.   Look. I may not agree with that person's conviction, but I admire his courage, his honesty.

In the meantime, get used to the mess we have in Congress today.  It WILL get worse.

There is no constitutional answer to this particular problem.  We can't recall them and we can't dissolve the Congress and hold national elections and send a new crop to DC.  (Would that we could!) We can only lawfully do it -- a handful of seats at a time in both houses -- every two years.

The title to this piece was posed in the form of a question.  My answer to the question is:  "I don't know."  Believe me, that is not meant as some sort of cop-out.  I REALLY don't know.  I cannot escape the feeling that there is something basically, fundamentally, WRONG with the government today.  Not JUST the government, but society, as well.

Like so many Americans today, I am frustrated to the nth degree.  No matter our protestations, the government isn't listening, therefore nothing is resolved -- no matter how hard we try to get our message through to them and acted upon.  It is as though we are racing in a circle, at an ever increasing speed, in an ever decreasing circle.  Only disaster awaits us.

I fear the old constitution-based America is in a death spiral from which it will not, nay, cannot, escape or recover.

History tells us that when a democracy crashes and burns it is followed by a dictatorship -- every time.  Already, we see evidence of the encroachment of a dictatorship in America today as many of us are convinced we have already entered the "police state" stage of devolvement.

If my assessment proves correct, then another political party won't make much difference now, will it?