Disagree with Obama? You're a Racist! ... J. D. Longstreet

One of the things I most dreaded about Obama's election the first time, in 2008, was the certain claims of racism that would surely follow in the years ahead every time someone had the temerity to disagree with his position, his philosophy, his ideology, hell, even the color of his tie!   That dread has turned out to be more than prescient. 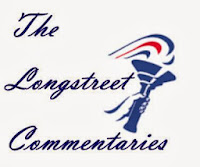 Over the past five years accusations of racism have been tossed about like bread crumbs to pigeons.  It's ridiculous.

You know, a great number of those people tossing around accusations of racism have never really seen or experienced racism.  Oh, they THINK they have due quite often to the geography of their birth.  But believe me, until you have lived it, breathed it, tasted it, wrestled with it in society and within yourself, you don't know racism.

Mostly, the false cries of racism are flat-out cynicism.  They disagree with the motives of those who hold differing opinions,  so they refer to them as the lowest kind of human there is -- a racist.  Most of the time it's just a cheap shot at the opposition.

Look.  I disagree with the President -- vehemently.  I despise his socialist ideology.  I could not care less about the color of his skin.

I disagreed with Jimmy Carter every bit as much as I do Obama.  I never felt that Carter was anything other than a guilt-ridden democrat.  I disagreed with Bill Clinton.  I never thought Clinton was a socialist or Marxist.  Bill, was, well, a con man, a fraud.  He was and, in my assessment, remains all for Bill and self gratification.   Bill's wife, on the other hand, ranks right up there with Obama in my estimation.  The segue from the Obama administration to an H. R. Clinton administration will be so smooth we will hardly even notice the occupant of the Oval Office has changed.

Take a look at an article at The Daily Caller entitled:  "Redford: ‘Racism involved’ in the ‘paralyzed environment’ Obama faces."  You will find it here:   http://dailycaller.com/2013/10/16/redford-racism-involved-in-the-paralyzed-environment-obama-faces/#ixzz2hvJtPrTq

In the article  Robert Redford (the actor) in an interview on CNN is quoted as having said:  " ...  There’s a body of congressional people that want to paralyze the system. I think that what’s underneath it, unfortunately, is there is probably some racism involved, which is really awful.”

According to the Daily Caller article Redford continued in the CNN interview:  "When asked if Obama’s troubles stem from the fact that he doesn’t “look like the norm,” Redford agreed.

“Doesn’t look like the norm in their mind,” he replied. “But I think just the idea of giving credit to this president — giving him credit for anything is abhorrent to them, so they’ll go against it. Never mind the better good of the people. Never mind that they’re supposed to be in office representing the interest of the public. They’re representing their own self-interest, which are very narrow and in some cases just bigoted.”  Read the entire article here: http://dailycaller.com/2013/10/16/redford-racism-involved-in-the-paralyzed-environment-obama-faces/#ixzz2hvLRoyov

In an article at Hot Air.com, Chris Matthews is quoted as having said:  "They can’t stand the idea that he’s president, and a piece of it is racism. Not that somebody in one racial group doesn’t like somebody in another racial group, so what? It’s the sense that the white race must rule, that’s what racism is, and they can’t stand the idea that a man who’s not white is president. That is real, that sense of racial superiority and rule is in the hearts of some people in this country." -- Chris Matthews  SOURCE:  http://hotair.com/archives/2013/05/15/chris-matthews-white-supremacy-is-a-pretty-big-part-of-all-of-this-opposition-to-obama/

Even guilt-ridden former President Jimmy Carter is quoted in an article at Town Hall.com as having said:  "I think an overwhelming portion of the intensely demonstrated animosity toward President Barack Obama is based on the fact that he is a black man, that he’s African-American." -- Jimmy Carter -- SOURCE:  http://townhall.com/columnists/johnhawkins/2013/08/27/15-moronic-things-liberals-call-racism-since-obama-was-elected-n1674131/page/full 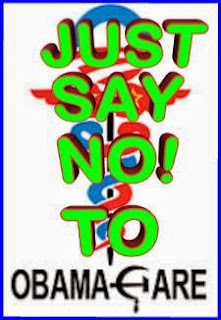 It would seem now that the left has used up their "Blame Bush" quota, they have fallen back on racism as the excuse of the moment for Obama's failure as a President.

Look.  I don't think the color of Obama's skin has anything to do with his failure as President.  It's because he is a Socialist/Marxist President in a nation where at least half of the population still values their freedom and liberty.