The Face of Tyranny ... Alan Caruba

The Face of Tyranny 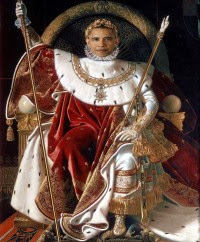 The history of civilization dating back some five millennia is one of unrelenting tyranny, rapaciousness, arrogance, and stupidity. The players and the places changed, but the slaughter was unremitting, the suffering broken only by occasional brief periods of peace, good weather and crops. For most of the past, war, famine, and disease killed most people.

During the famous soliloquy of Hamlet, he contemplates taking his own life, saying “There's the respect that makes calamity of so long life--for who would bear the whips and scorns of time, the oppressor's wrong, the proud man's contumely, the pangs of despised love, the law's delay, the insolence of office…”

This list of woes neatly sums up the times in which we live as Americans endure many of these same abuses from a President who seems to enjoy displaying his contempt for them. He has plunged the nation into the highest debt in its history, is using the government shutdown as a crisis to divert attention from recent failures, and is flirting with a national default that would create domestic and international havoc…all while blaming the Republicans, the real end game.

As an October 3rd Wall Street Journal editorial noted, however, “House GOP leaders also insist they don't want a default, and they've already passed a bill to prevent it—not that the media have paid any attention. First sponsored in 2011 by California Republican Tom McClintock and Pennsylvania Senator Pat Toomey, the Full Faith and Credit Act is essentially an insurance policy against miscalculation. Their bill certifies that U.S. sovereign debt will always be repaid, on time and in full.”

It is beginning to dawn on a lot of people that Barack Obama is the face of tryanny, a man for whom the Constitution, the democratic process and its need for compromise, exist only to be spurned.

Any President who is happy to preside over closing the White House to public tours, who authorizes placing barricades around Washington War Memorial that is normally open 24 hours a day as well as the Normandy, France D-Day cemetery where our soldiers are buried, is more than merely heartless, but represents a level of evil intent never before seen in anyone who has held that office.

The closing of the Normandy cemetery reminded me that history records that resistance to such tyrants has given rise to the rights of those they governed. The brother of England’s Richard the Lionhearted, John, had inherited the throne and through his incompetence in 1203 had lost Normandy, the last remaining possession in Western France the English had conquered.

The ill will that his barons felt, in part from the constant taxation John imposed, led them to renounce their allegiance to the crown of England. In 1215 they assembled at Runnymede, a water meadow on the Thames and presented John with the Magna Carta that spelled out their rights and those of all Englishmen, protecting them and their property against arbitrary arrest and confiscation without due process of law.

King John was actually fortunate. History records that rulers who acted ruthlessly were often assassinated or beheaded. It was commonplace.


The history of the United States records that the colonists, British subjects, had 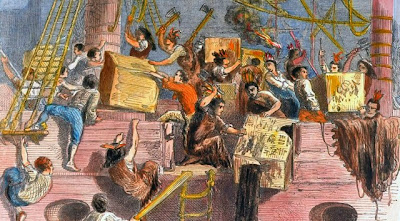 enjoyed self-rule for easily a century before the British crown, George III, seeking to replenish the treasury in lieu of having fought the French and Indian War in 1763 on behalf of the colonies, imposed the Stamp Act in 1765. It evoked such resistance that it was repealed and replaced a year later with the Townshend Acts that imposed taxes on paper, paint, glass and tea imported from England. They were followed by more resistance and led to an altercation on March 5, 1770 that killed a number of citizens and became known as the Boston Massacre.

For a list of what Americans had come to regard as usurpations of power by the king, one need only read the Declaration of Independence.

By then, the governing of the British empire had spawned a bureaucracy that was not only large, but “appallingly inefficient” noted historian Nathaniel Philbrick in his book, “Bunker Hill: A City, A Siege, a Revolution.” After the Boston Tea Party, the king sent a flotilla to seal off Boston Harbor and increased the army in America. By then, George III was in no mood to negotiate.

President Obama has said he, too, does not intend to negotiate with the House of Representatives, constitutionally the body of government empowered to authorize all expenditures for the maintenance of the government.

The House has sent any number of proposed measures to keep the entire government funded, but has also expressed its wish to defund or delay the implementation of the Affordable Care Act which is widely unpopular. Against the protest of millions it was imposed solely by the Democratic Party when it controlled both houses of Congress.

Modern-day Americans have been enduring what many regard as acts of tyranny and have begun to regard the President as not merely incompetent, but bent on a course of action to destroy the nation. This is the stuff of revolution.

© Alan Caruba, 2013
******************************
Alan Caruba's commentaries are posted daily at "Warning Signs" and shared on dozens of news and opinion websites. His blog recently passed more than 2.9 million page views. If you love to read, visit his monthly report on new books at Bookviews. For information on his professional skills, Caruba Editorial Services is the place to go! You can find Alan Caruba on both Facebook and Twitter as well.
Posted by Longstreet at 10/09/2013 12:56:00 AM