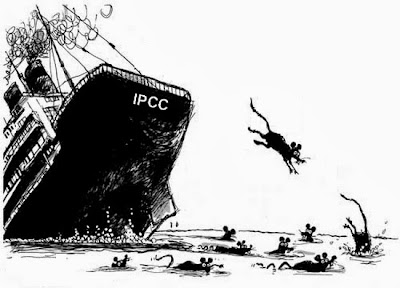 On September 27 I was reading my Wall Street Journal as usual when I turned the page to read the following headline: “U.N. Affirms Human Role in Global Warming.” There is no human role in global warming and there is no global warming. The Earth has been in a cooling cycle for the past seventeen years.


The Journal article began “Stockholm—A landmark United Nations report issued Friday reaffirmed the growing belief that human activity is the dominant cause because a rise in global temperatures and reiterated that a long-term planetary warming trend is expended to continue.”


I concluded that the Journal had fallen into the common error of “verbatim reporting”, another way of saying that the two reporters bylined on the article had done nothing more than take the UN news release regarding the “summary report” of this week’s fifth “Assessment Report” (AR5) from the Intergovernmental Panel on Climate Change (IPCC) and then embellished it with a few calls to people identified as experts or spokespersons.


This isn’t journalism. It’s public relations. I know because I practiced both of these magical arts for many years. All governments, all institutions, all organizations, and all enterprises of every description practice public relations. The job of journalists, however, is to lend some balance to the claims or to expose outright lies.


Much to its credit, a September 30 Journal editorial eviscerates the article, noting that the IPCC’s latest report is a “flimsy intellectual scaffolding…to justify killing the U.S. coal industry and the Keystone XL pipeline, banning natural gas drilling, imposing costly efficiency requirements for automobiles, light bulbs, washing machines, and refrigerators, and using scare resources to subsidize technologies that even after decades can’t compete on their own in the marketplace.”


Every few years, in order to maintain the fiction of global warming, the IPCC has put out a report that it claims represents the combined wisdom of several hundred scientists and others—in this case 800 of them. I suspect that are far smaller group, a cabal, a coterie, and conspiracy of skilled propagandists actually write the IPCC reports.


Most certainly, in 2009 with the online exposure of hundreds of emails between the so-called climate scientists at the University of East Anglia and others here in the U.S., dubbed “climategate”, we learned that they had been deliberately falsifying the outcomes of their computer models and, at the time, were growing increasingly worried over the obvious cooling occurring. 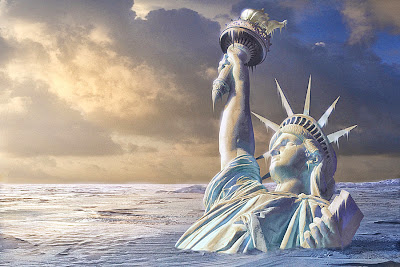 What was striking about the totally uncritical Journal article was that even The New York Times—long an advocate of the global warming hoax—actually took note of the many scientists who have long since repudiated and debunked it. It reported that “The Heartland Institute, a Chicago organization, issued a document last week saying that any additional global warming would likely be limited to a few tenths of a degree and that this ‘would not represent a climate crisis.’”  The Institute has created a website of useful information at www.climatechangereconsidered.com.


As usual, one often has to read a British newspaper such as the Telegraph to get the other side of the story. It, too, took note of the Heartland Institute that, since 2008, has sponsored eight international conferences that brought together leading scientists to rebut the IPCC lies. In addition, it has released “Climate Change Reconsidered II”, a report that disembowels the IPCC’s report. The Telegraph quoted Prof. Bob Carter, a contributor to the Heartland report, who criticized the IPCC for its “profoundly distorted” view of climate science, calling it a “political body” that was “destroying the essence of the scientific method.”

In a commentary posted on the widely-visited website, Watts Up With That, by Anthony Watts, two leading skeptics of global warming, Patrick J. Michaels and Paul C. “Chip” Knappenberger described the IPCC’s AR5 as a “Humpty Dumpty-esque report once claiming to represent the ‘consensus of scientists’ (that) has fallen from its exalted wall and cracked to pieces under the burdensome weight of its own cumbersome and self-serving processes, which is why all the government’s scientists and all the government’s men cannot put the IPCC report together again.” 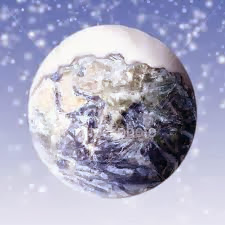 The IPCC report, said Michaels and Knappenberger, was rendered “not only obsolete on its release, but completely useless as a basis to form opinions (or policy) related to human energy choices and the influence on the climate.” They concluded by recommending that “The IPCC report should be torn up and tossed out, and with it, the entire IPCC process which produced such a misleading (and potentially dangerous) document.”


For the layman who has little or no knowledge of climate science or meteorology, it is sufficient to know that none of the claims put forth about global warming have come true. None of the claims being made again will come true. Indeed, given the cycles of ice ages, the present cooling could turn into a new one.