The America Republic -vs- Socialist America. 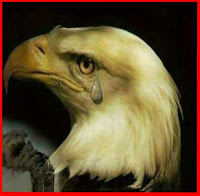 Look at the title of this piece again. Read it closely... and let it sink in.

The difference between Conservative Government and a Socialist Government (that of the American Left) when shaken down to its raw essentials will make, or break, the United States of America. 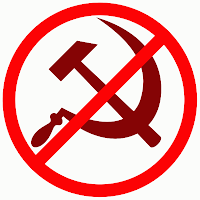 The American Democrat Party, which is, in truth, the socialist party, does not see it that way. Actually they do see it that way, but the problem they have is that they cannot exist under a Constitutional government in the US. Freedom and Socialism cannot exist in the same place, much like “Matter” and “Anti-Matter”. And therein lies the problem, which is rotting away at the foundation of the United States.

Let me see if I can break it down a bit more:

Under a Constitutional government, the power of the government is limited. Limited government allows the citizens to rule their country.

Under the Socialist brand of government, sometimes called an “Administrative state”, citizens do not rule their country, bureaucrats do, and with them the elite intellectuals. At least THEY think they are elite!

The United States was founded as a free country. Its citizens were autonomous. They were free. The US had a free economy. That was the way the designers of this land, the Founding Fathers, planned it. And it worked… right up to the dawn of “Socialism in American” during the reign of, and as the direct results of actions taken by, Franklin Delano Roosevelt. It has been downhill for America ever since.

Socialism is a creeping disease. It is quiet and deadly. It offers much and deliver almost nothing.

Simply put, Socialism is a trade off. A people must give up freedom for security. It is just that simple. IF you would be a free people, then you cannot allow socialism, in any form, in your country’s government. If, on the other hand, you wish to be secure, from want and fear, then you absolutely MUST give up your freedom. That is the choice.

The American Left is the driving force behind socialism in America. Lets be clear: Socialism is anti-American.

The Founding Fathers did not give us a socialist state; they gave us a Representative Republic. America is NOT a Democracy as you may have been taught in school. America is a representative republic.

Look… Americans , indeed, human beings, are not equal. A stroll down any beach, on a hot summer day, will give the lie to that! And the Founding Fathers knew that. That was not what they meant when they noted in “The Declaration” that “all men are created equal”. They were referring to those inalienable rights, and natural rights, which are the endowment of all mankind as a gift from our Creator. So they set about designing a form of government, which would balance freedom and equality in a state, which would allow both. That was a near impossible task, if not entirely impossible. But they made a grand attempt at it and it worked right up ‘til the FDR Administration. 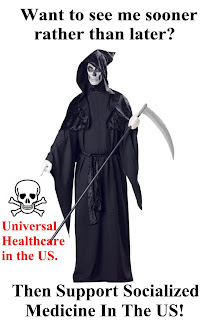 It takes very little thought and consideration to see that this form of government is absolutely NOT what the Founding Fathers wanted, and planned, for this country.

In effect, what we have had in this country is a coup-de-tat, American Style!

To put it plainly, the US government has been hi-jacked!

Those Americans, my age, look around us and we do not recognize this socialist state, this welfare state, this “nanny state”. It certainly is NOT the America of our youth, where a man was free to be what he wanted and to suffer the consequences of bad decisions, and bad choices, as well as good decisions and good choices.

Equality was understood to mean Equality of Endowment by the Creator. Not equality of social status, of income, of education, of well, the modern day list goes on and on. Each time a rule, or law, was passed to make society more equal… somebody lost. Americans lost. What did we lose? Freedom is what we lost.

The American Left has decided they are the elite Americans who know, better than you, how you should live your life, worship your God, do your job, enjoy your vacation, build your house, drive your car, get an education, which doctor you visit, which hospital you select, even to the last detail of how you groom your lawn, or whether you can fly a US flag outside the home you THINK you own! The American Left is into every aspect of your daily life. Because they are convinced that you and I, the rabble, the “great unwashed”, are not capable of taking care of ourselves. No one is required to be responsible for his or her actions anymore. It is now understood that when someone commits a heinous act, it is not the perpetrator’s fault! That is a part of the bargain struck with the American Left.

The American Left simply seized the power as a “Beneficent Dictator”. And Americans allowed it; indeed some welcomed it with open arms! (The slow-witted among us, the least ambitious among us, those who sought to milk the system for every dime they could, and of course, those who sought power for themselves in the New American Socialism.)

What Americans forgot was… that dictators, beneficent or otherwise, take your freedom! A dictator cannot exist in a free environment. Today’s America has become content to allow “others” to govern us, to rule over us. We know longer believe ourselves capable of ruling ourselves.

The Great Ronald Reagan, in a speech he made in 1964, said the following:
“It doesn’t require expropriation or confiscation of private property or business to impose socialism on a people. What does it mean whether you hold the deed or title to your business or property if the government holds the power of life and death over that business or property? Such machinery already exists. The government can find some charge to bring against any concern it chooses to prosecute. Every businessman has his own tale of harassment. Somewhere a perversion has taken place. Our natural, inalienable, rights are now considered to be dispensation of government, and freedom has never been so fragile, so close to slipping from our grasp, as it is at this very moment!” And THAT, dear reader was in 1964!


The American left is slick. They have packaged themselves as loving, tolerant, do-gooders, who seek only to make your life easier and to make, and keep, you secure. You needn’t worry about a thing ‘cause they have it covered! Americans have bought it… hook, line, and sinker. At least those of the baby boom generation have.

Those of us born before World War Two experienced the actual loss of our country. We slipped though the Public School System ahead of the changes, which “dumbed down an entire generation of American kids” while stoking their self-esteem. We came out the other side of the American education system aware of the value of a free country. The baby boom generation did not. It is entirely the product of the American Left.

Today, the New American Socialism reigns supreme. The result? A nation in decline! A nation, having not yet reached its zenith, has sold its birthright to the devil. Now, America is reaping, what it has sown.

We are quickly becoming a second rate power. Our citizens are among the least educated in the world. We no longer have an economy based on research, development, and manufacturing, we have only a “service economy”. We service that which others build! Our society is quite likely the most amoral society on earth. It has been said that if God, Himself does not destroy us, then HE owes an apology to Sodom and Gomorrah! Yes, we, America, have/has become the kind of country to which we used to send missionaries!

Oh, yeah, that Baby Boom Generation, the American generation “dumbed down” but filled with carefully stoked self-esteem… well, they ran, head long, into reality. And… they folded like a cheap suit!

Like a virulent cancer the American Left’s brand of socialism is eating away the bedrock of America. It is relentlessly chewing away at the fabric of what was once the greatest nation on earth. Socialism, like the evil that it is, lies. All the promises of “paradise on earth” are all lies.

America has bought the Big Lie. The price was freedom. America is no longer free. America is, once again, only a dream in the restless night of those of us who knew her when she was “that bright shining city on a hill”. Like Camelot, it was only a passing, ethereal, grandiose, dream. A dream the American Left has turned into a nightmare.