No Statehood For Washington, DC! EVER! 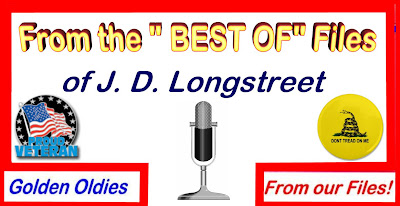 The short answer is NO! The long answer is: NOOOOOOOOOO!

Washington is a city, a government compound, if you please; it is anything but a state! And it should never become a state… unless… the Nation’s Capitol is moved to a more centralized location in the US. Then, I would propose breaking the District up and returning those parts of the district which had formerly belonged to the neighboring states… if they will take it back, which, frankly, I doubt. That portion belonging to Virginia has already been returned. The remaining portion used to belong to Maryland.

George Washington, the nations first president, chose the spot, a swamp named “Foggy Bottom”, upon which to build the city. It was close to his home, don’t you see. Sadly, Washington never served as President in the city, which bears his name. Somehow, I suspect that given a look at what the city has become today, Washington would ask that his name be removed.

Not to worry, those pushing for statehood for the District already have a new name chosen: “New Columbia”. I’ve not heard whether the folks in the Old Columbia, which is the capitol city of South Carolina, would mind, or not. I dare say they haven’t been asked.

The city was created as a “municipal corporation” on February 21st, 1871. And it’s been nothing but trouble and a drain on the US Treasury ever since.

The rambling here is, hopefully, to establish a truth which seems to be very inconvenient for those who want statehood for DC. The truth is: Washington was conceived as a city within which to locate the seat of the US Government. It was not to be in a state, or any portion of a state. It was to be in a district… separate, and apart, from ANY state!

You see, The Constitution specifies “a federal district not exceeding ten miles square.” It is not to be a part of any state. Today the District is six times as large as the constitution stipulated at over 61 square miles

It is my personal belief that only a constitutional amendment can legally make a state of the District of Columbia.

Many disagree. A number believe that the government compound could be shrunk down to contain only those federal buildings, which are a part of the government and the remainder of that 61 square miles turned into a state.

The Democrats, especially, love the idea of statehood for DC. They know they would get three liberal democrat members of the Senate, and Congress, right off the bat. According to the 2000 census there are 343,312 Blacks in DC. Whites account for only 176,101. That’s 60% Black and 30% White. The median age is 34.6 years old.

Right now, when numbers mean so much for the Democrats, you can bet they are looking, and lusting after, the District of Columbia.

Why do I bring this up now? I refer you to the paragraph immediately preceding this one. You can bet that should the democrats manage to win the Congress, or just the US House, a new push for statehood for DC will be introduced, almost immediately. And, another thing you can bet on… if they can figure out a way to get the job done, short of a constitutional amendment, they will see that DC becomes the 51st state of New Columbia ASAP. I mean, 93% of the voters casting ballots in DC in the last election, voted democrat. That fact alone should tell you all you really need to know about the “Statehood for DC” push.

So, if the Congress wishes to diminish the size of the District say, down to the constitutionally mandated ten square miles, that’s fine by me. But, I would insist that the remainder of the current District be returned to Maryland and/or any other state from which the land was originally appropriated.

The final answer, so far as I am concerned, is no statehood for the District of Columbia, no matter its size and population… ever.

Some, like me just feel that they should have a voting representative in Congress, those people are free to pick a Democrat, a Republican or an in dependent. And since I do not read minds nor see the future I can't tell you how they will vote. You throw thisa Black/White thing around, look at the head of teh G.O.P., look at Colin Powell, their not Democrats. DC residents suffer from the one thing that set our fight for indepencence into motion.... Taxation without representation.

I think it's great that as veteran, you support the denial of full democracy and constitutional protection to nearly 600,000 U.S. citizens, many of whom have fought overseas to spread American democracy only to be restricted from it when they return home. No really, I think it's great.