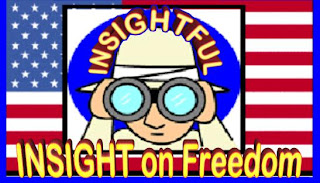 His conversion to the Anglo-American tradition of robust debate came a mere three days after the ex-VP refused to participate in a congressional hearing with Lord Christopher Monckton, former science advisor to Prime Minister Margaret Thatcher. Republicans had invited Monckton to counter Gore’s testimony before the House Energy and Commerce Committee.
But Gore froze like a terrified deer in headlights, and Chairman Henry Waxman told the UK climate expert he was uninvited.
Their hypocritical cowardice simply reflects a recognition that their entire energy rationing crusade would collapse if they ever allowed real debate.
Monckton would have focused on the science. But it is morality that truly requires serious debate. Climate Armageddon claims are being used to justify malignant policies that have no rational basis.
Global average temperatures peaked in 1998 and since have cooled slightly, despite steadily rising CO2 levels. Except in its Western Peninsula, Antarctica is gaining ice, and Antarctic sea ice reached an all-time high in 2007. Arctic ice is seasonably normal, and in 2008 the Northern Hemisphere was covered by more snow than ever before recorded.
Scientists are hard-pressed to point to long-term state or country climate trends that differ from historic experience and can reasonably be linked to anthropogenic warming crises. Merely asserting that obesity causes warming or increased malaria and house cat populations are due to warming does not make it so.
Even more devastating to alarmist claims, long-held assumptions about the deep Atlantic counter-current or “conveyor belt” below the Gulf Stream have been undermined by recent studies. Those assumptions underlie many climate models and their scary worst-case scenarios about alleged planetary crises. The models and GIGO scenarios are now even more questionable.
Yet, model results are constantly portrayed as “evidence” – “proof” that immediate, drastic action is required to avert disaster. Nonsense. Climate changes and their causes are complex, our knowledge is still limited, and the inputs and assumptions are deficient.
Climate models are no more reliable than computer predictions of future Super Bowl winners and scores.
Their Frankenstein scenarios are no more valid as a basis for law and policy than the special effects in The Day After Tomorrow or Jurassic Park.
Worse, even the 942-page Waxman-Markey climate bill’s absurd target – a 17% reduction in US carbon dioxide emissions by 2020 and 83% by 2050 – would have no detectable benefits, even if CO2 does cause climate change. Research climatologist Paul “Chip” Knappenberger calculates that even these draconian measures would result in global temperatures rising a mere 0.1 degrees F less by 2050 than doing nothing, mostly because Chinese and Indian emissions would quickly dwarf America’s job-killing reductions.
Meanwhile, China and South Africa want developed nations to slash carbon emissions 40% by 2020 – and give poor countries $200 billion annually, to help them cope with global warming’s imagined disasters. Bolivia wants $700 billion a year. Our children will get the bill for that, too.
None of this apparently matters to congressional leaders, Climate Action Partnership members or other professional alarmists and rent seekers. If anything, it has spurred them into even hastier action, to transform America’s energy and economic system, regardless of the consequences. Waxman-Markey was approved by the E&C Committee May 21 on a mostly party-line vote.
Above all, they want to replace vile hydrocarbons with wind power. That would require $$$ billions in taxpayer subsidies; hundreds of thousands of turbines, across millions of acres of scenic land, habitats and sea lanes; thousands of miles of new transmission lines and towers; and billions of tons of concrete, steel, copper and fiberglass – plus raw materials and natural gas for backup generators.
Spain’s experience should be cautionary, but probably won’t be. According to a study by Dr. Gabriel Calzada, Spanish taxpayers spent $754,000 for each new job in the wind turbine industry (mostly installing towering turbines) – and destroyed 2.2 regular jobs for each “green” job, primarily because pricey “renewable” electricity forced companies to lay off workers, to stay in business.
A recent Lauer Johnson Research poll found 78% of respondents saying even a $600 per year increase in utility bills would be a “hardship.” They should be so lucky.
Compared to no cap-and-tax regime, Waxman-Markey would cost the United States a cumulative $9.6 trillion in real GDP losses by 2035, according to an updated study by the Heritage Foundation’s Center for Data Analysis. The bill would also cost an additional 1.1 million jobs each year, raise electricity rates 90% after adjusting for inflation, cause a 74% hike in inflation-adjusted gasoline prices, and add $1,500 to the average family’s annual energy bill, says Heritage.
The Congressional Budget Office says the poorest one-fifth of families could see annual energy costs rise $700 – while high income families could see their costs rise $2,200 a year. Harvard economist Martin Feldstein estimates that the average person could pay an extra $1,500 per year for energy. MIT says household energy costs could climb $3,000 per year.
Where will families find that extra cash? “What do I tell a single mom, making $8 an hour?” asked North Carolina congressman (and Congressional Black Caucus member) G. K. Butterfield.
That was a few days before he and his Democrat colleagues voted against amendments to Waxman-Markey that would have suspended the punitive law if electricity prices go up more than 10% after inflation, unemployment reaches 15% or gasoline prices hit $5. What will he tell that single mom?
Eco-activists gleefully predict that oil, gas and coal companies, utilities, vehicles and investors are destined for extinction. No wonder lobbyists have descended on Washington – over 2,300 of them just on climate change: 4.4 per member of Congress.
Some are getting $400-$850 an hour for their skill in promoting mandates, subsidies, legal measures to hobble competitors, and cap-tax-and-trade versions of the mortgage derivatives market. Al Gore alone boasts of having received $300 million (from unnamed sources) to trumpet alarmism and draconian legislation.

Colleges, scientists, activists, unions and companies receive billions in taxpayer money, to hype climate chaos claims, intimidate skeptics and lobby Congress. African bureaucrats get millions from the UN (and thus US taxpayers) to hype climate disaster claims that keep millions of Africans impoverished and deprived of the life-enhancing benefits of reliable, affordable electricity.
President Obama says the Bush Administration “made decisions based upon fear, rather than foresight, and all too often trimmed facts and evidence to fit ideological predispositions.” He and his Democrat allies in Congress should take that critique to heart on global warming.
As it stands, this Congress is rapidly shaping up to be the most unethical, immoral and dictatorial in history. When the people finally rebel, it won’t be a pretty sight.
_______________
Paul Driessen is senior policy advisor for the Committee For A Constructive Tomorrow and Congress of Racial Equality, and author of Eco-Imperialism: Green power – Black death.
***********************
Conservative+Global+Warming+Hoax
Posted by Longstreet at 5/30/2009 02:58:00 AM