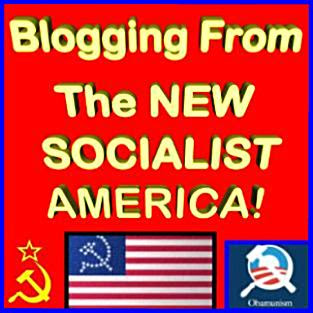 The answer to the question in the title of this piece is, of course, Yes, Obama will end the military’s don’t ask, don’t tell policy. The Obama administration is holding "preliminary discussions" about changing the military's prohibition against openly gay service members, national security adviser James Jones is reported to have said recently.

What more is there to say about this? Neither side in the dispute is going to suddenly change their minds. Obama can put his decision off as long as he likes and there will STILL be a firestorm when he decides to throw the doors of the US Military wide to allow homosexuals to serve openly in the Armed Forces of the United States.

I fully expect my side to lose. I am of the opinion there should be a policy of zero tolerance for homosexuality in the US Military. So, you know I do not agree with the current “Don’t ask, don’t tell” policy.

The US military has had the “Don ‘t Ask, Don’t Tell” policy for homosexuals in the military in place since 1993. Under the terms of that policy homosexuals could serve in the US military as long as they kept quiet about their sexual orientation and didn’t go public with it, by admitting it, or openly taking part in homosexual activity. If either occurred, homosexuals were shown the door and bade farewell from the US Military.

When I served in the US Military, a homosexual was not allowed in the service, period. If they did manage to get in, as soon as they were found out, they were gone. And it was quick.

I remember one July in the 1950’s, at Fort Jackson, South Carolina, as I stood in formation on Tank Hill. We recruits were instructed to immediately turn-in any in our ranks we suspected might be homosexual. We were led to believe that if we knew, and did not turn them in, we were in danger of being kicked out of the service as well.

I liked that. It gave me a certain confidence in my fellow soldiers… that they were who they said they were.

In my time in the US Army there was no such thing as privacy. You did everything as a unit. You slept in the same room, you showered together, you ate together, and you even relived yourself in full view of all the other soldiers who happened to be in the latrine at the same time. Did I mention there was no privacy? I did, didn’t I?

It was important that a soldier knew his fellow soldier was the same gender as he was.

Look, having a known homosexual in a military unit disrupts that unit’s cohesiveness. If it happens to be a combat unit, lives are at stake.

So why is this coming up now? The answer is simple. The most liberal senator in the US Senate won the last presidential election and became the President of the US. Add to that the increase in numbers in the Congress of ultra-liberal democrats cinching their control over the two branches of the government and with a Supreme Court that is almost as liberal as it is conservative… and you have to ask??? They intend to strike while the iron is hot. There is no reason to believe they will fail in striking down any and all laws that might keep homosexuals out of the US military. “Don’t ask, don’t tell” is doomed. Bet on it!

So - why not have a compromise? Why not allow those Soldiers, Sailors, Marines, Airmen, and Coast Guardsmen, whose religious faith bars them from association with known homosexuals, to apply for, and receive, an honorable discharge from the U.S. Military Services? At least show some respect for a soldier’s faith.

Of COURSE, it won’t happen. Because that is a part of the plan… to force the American people, even against their religious belief, to accept a way of life their faith teaches is an “abomination.” We have come to expect this heavy-handed approach to religion from the left in America.

And then there is the recruitment problem, sure to come, as a result of this “social engineering” experiment by the left. Reenlistments are going to drop off and new recruits will be few and far between. Which means… what else? The military draft will return.

So…get used to it. A liberal/progressive/socialist/Marxist take over of the US government is in the offing. We “old fogies”, who believe in freedom, had a pretty good run, but we are no longer wanted and the Eurocrats and Neocomms (New Commies) are set to take over and roll back the freedom(s) we worked so hard to preserve for 233 years. The destruction of the hated US Military is just one of their goals. And that is why the issue has resurfaced at this particular time.

It is depressing to watch a nation commit suicide. To watch the world’s only superpower do so is gut-wrenching. But like it or not, we are witnessing the destruction of a way of life, envied the world over, as the Socialist, the Euro-crats, and Neo-comms tear down the last best hope of mankind on this planet.