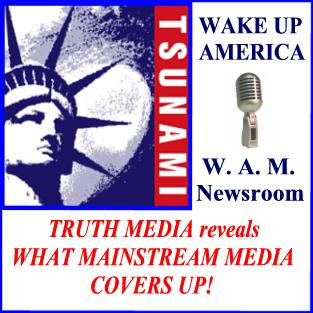 The Latest Czar to Regulate Far More than Cars

The astonishing sequence of end-runs, by the "Change" Administration - around traditional and critical structures which preserve the U.S. Constitution- and its balance of powers - seems about to take its greatest toll to date. The protections provided by the 3 American branches of government have continued to erode via Obama's unprecedented installation of "Czars" - ie, politically hand-picked individuals who are given enormous powers over free enterprise - and whom report directly to the Chief Executive himself. This newly invented system for expanding Executive branch authority, among its other dangers, eliminates the need for Congressional approval or involvement with these power-packed new authority figures. It also short-circuits Capitol Hill oversight of the activities which they undertake.

Obama has made public today his plan to take control of the Internet - directly from the White House - on behalf of preserving
"Cyber-security." This strategy to expand his authority to encroach further on Americans right to privacy - with warrant less supervision of online activity - has been in the works since the Inauguration. The timing of its current announcement holds notable coincidence to the Chief Executive's recent decline in public opinion polls (along with the downhill slide of popularity among his key Congressional leadership (Pelosi, Reid and Dodd.)

Former Democratic activists who worked against Obama's nomination are among those most aware of the alarm bells this current move to suppress opposition sets off. His online primary campaign, which generated maximum impact via use of high tech applications-is recalled by many for its brutality and vicious conduct against web opponents in 2008. Several reported personal threats while many more indicated repeated disruption of their blogs and large-scale attacks on their forums. Throughout the campaign season, an online army of campaign-paid web thugs were hired for these intrusions, as reported and verified by FOX News. Intimidation, verbal threats, gutter language and even obscene images were the order of the day.

Those in the know, then are acutely aware, then, that the "threats to security" listed by this Head of State in his televised speech today ironically coincide with tactics similar to some his own campaign used to get elected. An Obama small-dollar-on-line donor even reported receiving a phone call on his unlisted cell phone to remind him of a "Meet Up" in his own neighborhood - this despite the fact that the donor had not supplied the campaign with either his cell number nor his physical address! At least one Nigerian husband and wife both confessed last year to using their executive positions with international tech corporations to obtain personal records of U.S. citizens for use in harassment by the "Change" campaign.

In the meantime, while specifics of the new leader's rationale remain to be seen, it's already foreshadowed they will be as far-reaching as possible. Obama's sweeping statements about the urgent need to protect everything from banking records, to online purchases to information exchange. Rumors have indicated that the NSA is also disturbed that this new report-to-President only position would also circumvent this agency's normal role in cyber-watching. Further evidence of the long-term planning of this eradication of online privacy plan lies in the fact that Senators Rockefeller and Snowe introduced a bill in Congress on April 1st to give the White House these cyber-space powers.

One could ask: How does the rest of Congress feel about turning over their responsibility and authority to the Executive Branch? Also, if the right to online privacy is allowed follow the path of warrantless phone wire-tapping what does Big Brother have in mind next? And lest we wonder who might be put on the Cyber Czar's Watch List, just remember the recent Homeland Security Warning that "right wing extremists" (ie any citizens identified as "Change administration opponents) are now a grave threat. Even a child could quickly connect the dots between that recent DHS Alert and the press conference on cyber-security threats today! It’s not hard to gauge whose "security" seems to feel most threatened. The only question that remains is how much more terror - against free enterprise and freedom of speech - will We the People permit the "Change" Administration to undertake?!

For quick valuable information on other current events, come to Wake Up America Movement at: http://WAMAction.org/NewsRoom.html