The Pied Piper of Washington DC

(This piece was stolen from the website of Texas Fred at: http://texasfred.net/archives/4151)

The Pied Piper of Washington DCThere was a Pied Piper who said, “We live in the greatest country in the world. Come help me change it!”

*And the people said, “Change is good!”

Then he said, “We are going to tax the rich fat-cats,”…

*And the people said “Sock it to them!” and “redistribute their wealth.”

And then he said, “Redistribution of wealth is good for everybody”

*And Joe the plumber said, “are you kidding me?” And Joe’s personal records were hacked and publicized.

*And one lone reporter asked, “Isn’t that Marxist policy?” And she was banished from the kingdom!

Then someone asked, “With no foreign relations experience, how will you deal with radical terrorists?” 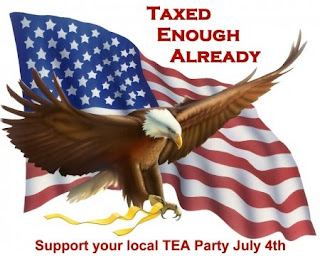 So the Pied Piper said, “Then I’ll give you some of the taxes the fat-cats pay!”

*And the people said, “Show me the money!”

Then the Pied Piper said, “I’ll tax your Capital Gains when you sell your homes!”

*And the people yawned and the slumping housing market collapsed.

And he said, “I’ll mandate employer-funded health care for EVERY worker and raise the minimum wage.”

*And the people said, “Gimme some of that!”

Then he said, “I’ll penalize employers who ship jobs overseas.”

*And the people said, “Where’s my rebate check?”

Then the Pied Piper actually said, “I’ll bankrupt the coal industry and electricity rates will skyrocket!”

*And the people said, “Coal is dirty, coal is evil, no more coal! But we don’t care for that part about higher electric rates.”

So the Pied Piper said, “Not to worry. If your rebate isn’t enough to cover your expenses, we’ll bail you out. Just sign up with ACORN and your troubles are over!” Then he said, “Illegal immigrants feel scorned and slighted. Let’s grant them amnesty, Social Security, free education, free lunches, free medical care, bi-lingual signs and guaranteed housing.”

*And the people said, “Ole`! Bravo!” And they made him King!

And so it came to pass that employers, facing spiraling costs and ever-higher taxes, raised their prices and laid off workers. Others simply gave up and went out of business and the economy slowed even further. Then the Pied Piper said, “I am the Messiah and I’m here to save you! We’ll just print more money so everyone will have enough!” But our foreign trading partners said, “Wait a minute. Your dollar isn’t worth what it was. You’ll have to pay more.”

*And the people said, “Wait a minute. That’s not fair!”

And the world said, “Neither are these idiotic programs you’ve embraced. You’ve become a Socialist state and a second-rate power. Now you’ll play by our rules!”

*And the people said, “What have we done?” But it was too late.

If you think this is a fairy tale, open your eyes and ears. It’s happening RIGHT NOW! And did you know the president’s name is really an acronym…