Sotomayor on the SCOTUS takes US one step closer to Americans losing their right to keep and bear guns.
J. D. Longstreet

“………….. The Maloney opinion is, on this issue, entirely consistent with Judge Sotomayor's opinion in a 2004 case: "the right to possess a gun is clearly not a fundamental right." United States v. Sanchez-Villar, 99 Fed.Appx. 256, 2004 WL 962938 (2d. Cir. 2004)(Summary Order of Judges Sack, Sotomayor & Kaplan), judgement vacated, Sanchez-Villar v. United States, 544 U.S. 1029 (2005)(for further consideration in light of the 2005 Booker decision on sentencing).Judge Sotomayor's record suggests hostility, rather than empathy, for the tens of millions of Americans who exercise their right to keep and bear arms. From: THIS WEBSITE. More HERE.

As the next few days and weeks reel off the pages of the calendar, be prepared for a flurry of activity on Capital Hill as the Democrat Socialist Party pushes the Sotomayor nomination for the Supreme Court through as quickly as possible. Nothing much will change in the way The Court makes decisions now as Sotomayor is simply replacing another liberal, David Souter. However, the stage is being set for the N E X T opening on the court coming soon, I expect, much sooner than any Americans might believe. Once the Democrat Socialist Party controls the SCOTUS, they will have a complete lock on the government of the United States - and if you think you have seen socialism at work in the past few weeks, believe me when I tell you, you ain’t seen nothing yet. 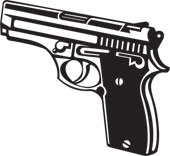 Now, I want to say something - something that is on a lot of commentator’s minds, but many, however, are afraid to express their concerns about it. For the first time since the American Civil War, Americans are afraid that their free speech guarantee is worthless. And, to a degree, they are correct in feeling that way.

I love the US and I do not want to see her spilt again. But, if one steps back and looks objectively at what is happening in this country today it is actually quite easy to see that we are on the brink of just such a horrible, horrible, thing happening all over again. As a nation we stand today on the razor’s thin edge. We could easily fall either way.

As a member of an international organization which studies the era of the American Civil War, the people involved, and the reasons for the war, including the mistakes made that led to the war, I can tell you I am frightened for my country. Why? Because I see the US making the same mistakes it made then and I see the very same reactions by the citizens of the country toward the government today that our ancestors had in 1861. The faultline that divided the country then, and that many had hoped had been filled-in and was gone forever, is again pushing upward and breaking the surface in warning with an admonition to Americans that the slightest tremor will bring the bursting open of that gap splitting the country apart once again.

As conservatives try to put together a political party of their own and rid themselves of the anvil around their necks (the GOP) there has been much talk from northern and northeastern politicians of the Republican and Democrat Socialist Parties of the formation of a regional party by conservatives. For the uniniated, that is code for a “Southern Party.” As a conservative, I can tell you that is NOT the intention of the conservatives. It is NOT what we want. But, having said that, it is becoming clear the politicians who will not accept the cultural differences between the two regions of this country are pushing us in that direction.

Probably the most glaring cultural difference between the Southern American culture and the remainder of the country is our relationship with guns. We are a gun culture. In many southern homes the Bible and the gun share near equal respect. Needless to say the southern American is greatly concerned over Sotomayor’s’ stance on gun control. She has affirmed that she believes the constitution only ties the hands of the federal government in restricting the right to keep and bear arms. In other words, she believes the individual states can restrict gun rights, pretty much, as they choose. Last year, in August 2008, Sotomayor affirmed the district court opinion in Maloney v. Cuomo, which ruled that the Constitution does not prohibit state governments from restricting the right to bear arms.


We recommend you read: "Sotomayor Ruled That States Do Not Have to Obey Second Amendment" here:


In that decision the court said that “the Second Amendment applies only to limitations the federal government seeks to impose on this right [that is the right to bear arms]. Needless to say, this is extremely troublesome to southerners and, of course, other gun owners across the nation. I would venture to say the “sovereignty movement”, in so many of the southern states today, was, at least, partially triggered by the fear of the government taking, confiscating, our guns. If there is one single overriding issue that would cause the creation of a “Southern Party” and, eventually, another serious “secessionist movement”, it would be a move by the government to confiscate our guns, through what the so-called “gun-grabbers” refer to as reasonable gun control. To a gun culture such as my region of the country there is no such thing as REASONABLE GUN CONTROL.

The problem is, our fellow Americans in the northern and northeastern states, as well as some of the liberal west coast states, do not, cannot, and never will, understand that. We southerners, on the other hand, have no intention of giving one inch on our belief that no government body whether federal, or state, or county, or even a lowly city council, has a right to take our guns. We believe, way down in our bones, that any so-called reasonable gun control is the “camel’s nose under the tent” type of Incrementalism and to allow even what may seem, on it’s face, as “reasonable” only allows the camel to push it’s nose deeper into the tent, until pretty soon the entire camel is in the tent with you - and your guns are gone!

Just as the southern states warned the federal government, beginning in the 1820’s and continuing throughout the 1830’s, the 1840’s and 1850’s, that those unfair taxes levied against the southern states would eventually blow up in the federal government’s face, current warnings about gun control are, also, going unheeded. The “gun culture states” have been warning the government for decades now that a serious gun control campaign by those governments will blow up in their faces with truly awful consequences. THAT is just how serious this is to southerners.
The Judicial Confirmation Network has issued a statement we recommend you read. It is titled: “JCN Statement on nomination of Sonia Sotomayor to the Supreme Court” and you will find it HERE.
As a conservative I have no doubt Sotomayor will be approved by the US Senate and will take her seat as an Associate Justice of the Supreme Court. But you need to understand that her seat is simply a building block toward complete and utter control of the Supreme Court by the liberal/socialists running the US government today.