Are you fed up with a Congress and a president who:

...vote for a $500 billion tax bill without even reading it? 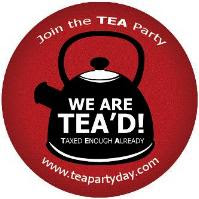 ...are spending trillions of borrowed dollars, leaving a debt our great-grandchildren will be paying?

...consistently give special interest groups billions of dollars in earmarks to help get themselves re-elected?

...want to take your wealth and redistribute it to others?

...punish those who practice responsible financial behavior and reward those who do not?

...admit to using the financial hurt of millions as an opportunity to push their political agenda?

...run up trillions of dollars of debt and then sell that debt to countries such as China?

...want to take away the right to vote with a secret ballot in union elections?

...refuse to stop the flow of millions of illegal immigrants into our country?

...appoint a defender of child pornography to the Number 2 position in the Justice Department?

...want to force doctors and other medical workers to perform abortions against their will?

...want to impose a carbon tax on your electricity, gas and home heating fuels?

...want to reduce your tax deductibility for charitable gifts?

...take money from your family budget to pay for their federal budget?

...If so, help organize and/or participate in a Taxed Enough Already (TEA) party in your community on July 4.

For more information on how you can help --- go to:

Fed up doesn't even begin to cover what I am feeling...

I am up this early because we are having a Memorial Day thing on the Square and the Rowlett TEA Party is sponsoring a booth, I am one of the organizers, and we're going to be recruiting all over the place today...

Way to go, Fred! Hope y'all have a great day!

Wealth distribution in destructive in many ways, but the worst in the under-mining of a basic American principle---the right to work and to keep the fruits of your labor. Recently I got to thinking about all the rights we have lost over the years in the name of public safety and the list is indeed long. And now a new snake is rearing it's ugly head and "public safety" is no longer alone. The new kid on the block is "public health" and if anything it will be more vicious. Some groups have been suffering the abuses of this monster for a number of years, names those who smoke---the tax abuses imposed on this minority are staggering and punitive. And now this new administration with its Keynesian Economics is getting ready to turn this monster on other groups seeing little resistance to the abusive taxes leveled on smokers. They have alcohol, sugar, soft drinks, snack foods and many other things in their sights and are already planning how to spend the new revenues that will be raised. And a third snake is beginning to show itself, migrating from the west coast and quickly spreading eastward. This new menace is called "Radical Environmentalism", this is perhaps the most dangerous, for its venom can infect the entire populous. Unlike "public health" it doesn't just seek-out the over-weight, the smoker, the drinker, the teenager with his soft drink, this new menace has a voracious appetite consuming everything in its path--liberty, freedom and individualism.

On a lighter note I like your blog and the references to the "War for Southern Independence". I use to teach American history and as a proud southern from Mississippi I have a deep respect for our southern hertiage and history. One of my favorite characters from that period was Edmund Ruffin---sure you know of him.

Yes It is time to drive the remaining right wing "borrow and Spend" Republicans out of office!!!

God Bless America and God Bless the freedom defending American Left, without you we would become a fascit nation.

If you love your freedom, thank a Liberal.....