Does the US have a REAL President --- or Not?

Does the US have a REAL President --- or Not?

The story continues to bubble just below the surface of the consciousness of the American electorate primarily because the Mainstream Media is so deep in the tank for Obama that they refuse to cover it. But it is there, nevertheless, and eventually it is going to break through and chances are very good that it will create chaos when it does.

The question of whether or not Obama is legally qualified to even be President of the US has never been answered. Many lawsuits have been filed in an attempt to answer the question. Many have been dismissed, for one reason or the other, but many are still in the queue waiting for a ruling and eventually that ruling will come.

The Constitution, Article 2, Section 1, states, "No Person except a natural born Citizen, or a Citizen of the United States, at the time of the Adoption of this Constitution, shall be eligible to the Office of President." 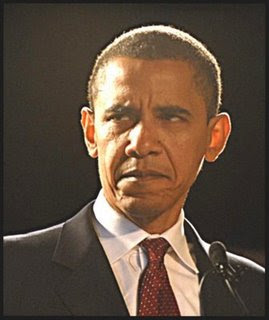 The question that really troubles many of us is why the President doesn’t just present the evidence that he is a natural born American citizen and put it all to rest? It seems so simple. Yet, reports have it that the President has legal teams, all over the country, fighting all attempts by citizens to get to the bottom of what could turn out to be a constitutional crisis for the country. Some reports say that huge sums of money have been spent, already, just to stop the release of that birth certificate from the state of Hawaii. Why not release that certificate and put this whole thing to rest?

Obama’s reluctance to produce proof of his American citizenship certainly leads one to question a lot of things about the President. For instance: What is his real name? Was his father an African, an Arab, or a Muslim? (Find more on this
HERE.)

See, the problem here, over and above the obvious, is… this may happen again. We need to have laws that clearly describe what it means to be a natural born citizen of the US and laws that clearly delineate the steps one MUST go through in order to prove one’s eligibility to be President of the US.

Unknown to a great many Americans is the fact there is just such a movement in Congress that would require presidential candidates to verify their eligibility to hold the highest elected office in the United States --- not to mention the office of Commander-in-chief of the Armed Forces of the US. Congressman Bill Posey, a Republican of Florida, filed the bill --- HR 1503 --- an amendment to the Federal Election Campaign Act of 1971. H.R. 1503 would "require the principal campaign committee of a candidate for election to the office of president to include with the committee's statement of organization a copy of the candidate's birth certificate, together with such other documentation as may be necessary to establish that the candidate meets the qualifications for eligibility to the Office of President under the Constitution." You can read up on the story HERE.

Last week, Congressman Bob Goodlatte, a Republican of Virginia, signed onto the bill. You can read the story on this HERE. The bill was referred to the US House of Representatives’ “Committee on House Administration,” where it remains. I would urge my congressman to get behind this bill and get it passed.

As we mentioned above there are numerous lawsuits still pending on this issue. At least one of those suits asked the question of whether or not the President was, indeed, born in the state of Hawaii, as he insists, or rather some place outside the United States. If it turns out he was born outside the US, Obama's American mother, would have been too young (at the time of his birth) to confer American citizenship on her son under the law at the time. (Confusing enough for you?) Still other lawsuits are looking at the possibility of conferring citizenship through Obama’s father, a Kenyan, and a British subject. That would confer dual citizenship on Obama, and, constitutional experts say the constitution does not allow anyone holding dual citizenship to be eligible to stand as a candidate for President of the United States.

There is no need for this confusion. Obama can clear the air, once and for all, by producing proof of HIS birth within the United States, in particular, the state of Hawaii. The Congress can stop this from ever happening again by passing HR 1503 and tacking it onto the Federal Election Campaign Act of 1971 as an amendment.

Do I think it will happen? No, I do not. Why? That’s simple enough to answer. It won’t happen because those same groups of people who form the infamous “Shadow Government” do not want it to happen.

Like many Americans, I thought the “Shadow Government” was only a creation of the conspiracy nuts. But, such stunts as this have certainly pushed me much closer to believing in the existence of a group of powerful, wealthy, families who pull the strings of governments all over the globe for their mutual benefit. Their supreme goal is Global Governance… or as we used to say: “One World Government.” The current President of the United States is a Global Governance adherent. That fact makes him one of themand, as such, his continued occupancy of the Oval Office must be assured.

Email ThisBlogThis!Share to TwitterShare to FacebookShare to Pinterest
Labels: Conservative, Democracy, Eligibility to be President of the US, liberal, Obama, Socialism

Obama has cleared the air, his birth cerificate is on snopes.com for all to see. This is all right wing B.S., you should be smarter than to fall for this partisian crap......
this is one of those Moon Bat things that starts because 1 side is P.O.'d that they lost.... Don't worry unfortunaltely the G.O.P. and their vast number of conservatives will survive to fight another day, as much as that sickens me to say, because they harm this nation more than any foreign enemy.

Snopes.com also claimed that Mr. Ed was actually a zebra and that zebras look like horses when filmed in black and white. Why is it that when liberals footnote their 'facts' they always use the most dubious sources. What's next? Are you going to relate what Wikipedia has to say about this?

If Obama has cleared the air with a birth certificate on Snopes.Com then it seems he is being foolish spending all that money on keeping the document hidden. No one can be so stupid as to find that very strange.

If it were a legal document then what is the purpose of hiring a law firm to keep the document secret? DUH!!!!